Every sportsbook has different odds. However, the consensus for most sportsbooks was that Tom Brady would be the MVP favorite. Next in the odds is Nick Foles, who is the quarterback for the opposing team. According to Westgate Superbook, here are the odds at the beginning of Super Bowl week, as reported by the Las Vegas Sun.

Who Will Be The Super Bowl LII MVP? 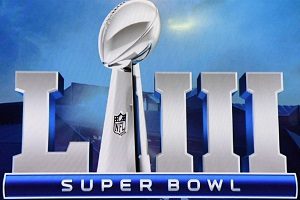 There were a number of odds out there for who would win the coveted MVP title. Rob Gronkowski received 7 to 1 odds, and Jay Ajayi, Alshon Jeffery, Zach Ertz, Nelson Agholor and Brandin Cooks were all at 8 to 1 odds. James White, Danny Amendola and LeGarrette Blount were at 10 to 1 odds.

When bettors were asked if they thought there would be an extra point kick in the Super Bowl game, the wager was:

This means that a ‘yes’ wager at +260 requires the gambler to bet $100 to win $260. A ‘no’ wager at -330 means that gamblers have to bet $330 just to win $100. The minus sign indicates that the betting choice is actually more likely to occur, which makes the payout number much less than the ‘plus’ number.

It is also important to note that the bet does not necessarily have to be set at $100. That is just the math for this particular bet. For instance, a gambler could bet $33 that there will not be a missed extra point to attempt to win $10. However, the gambler would have to bet only $10 to win $26 on the side that one of the two kickers will miss.

Patriot’s player Stephen Gostkowski has only missed six points in his entire football career. However, five of those misses came last season when the attempt was moved back to the 15-yard line. The athlete has not missed any extra points in the postseason, but he did miss three during his playoff days, including one in last year’s Super Bowl.

Jake Elliot missed three extra points during this year’s regular season for the Philadelphia Eagles, along with another extra point in the playoffs. Still, this could turn out to be a safe bet. 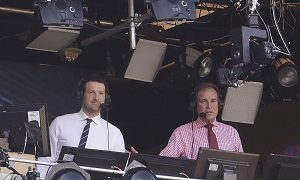 According to VegasInsider, there were a few fun Philly wagers, and many of these bets depended on whether the announcers will use certain terms or references. These types of wagers can be a little strange, since one person is in charge of the bets. Al Michaels, who was announcing the game for NBC, is often aware of the Vegas betting lines. This means he will probably look through the prop bets, which included a bet as to whether the announcer will say the phrase “underdog.” 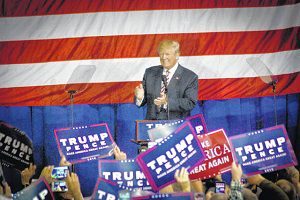 There were also prop bets concerning whether Donald Trump will participate in the pregame Super Bowl interview, which airs on NBC. Other bettors wagered whether the president would tweet during the Super Bowl, and others bet on whether football players would take a knee during the national anthem. The betting odds were as follows:

Will Donald Trump take part in the pregame interview on NBC?

Total number of Donald Trump tweets during the game?

Will any players take a knee during the national anthem?

A number of Patriots players chose to take a knee earlier in the football season. A few of the Eagles, led by Malcom Jenkins, chose to stand and raise their fists. Since the NFL agree to work with players for social change, it is difficult to believe that a player would take a knee on his own volition. It is also not likely that the two teams would come together to make a public statement before such a big game. Therefore, none of these bets are especially safe.

These bets made the game more interesting and likely made it possible for at least a few bettors to walk away from the game with a small profit at best.