Home » USA Online Casino News » The AAF’s Football Days Are Over, But What of the Gambling App?

There is an interesting battle going on in the wake of the abbreviated season of the Alliance of American Football. Football (AAF) players who were left high and dry when the league folded are suing for breach of contract. They allege the AAF defrauded players out of millions of dollars in wagers. They also argue the league concealed its underfunding.

If the league is defunct, why are the players suing it? They are suing because they think the league will still collect money through its gambling app. The league had partnered with MGM to develop an app, and many expect the technology is worth a fortune.

The Alliance of American Football 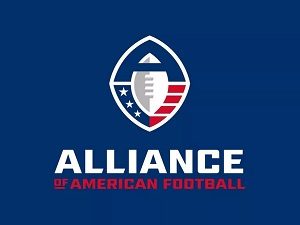 TV personality Charlie Ebersol and former NFL GM Bill Polian wanted a league that was similar to the XFL. Formed in 2001, the XFL was a separate football league that only lasted one season. Ebersol and Polian felt the idea for the league was a good one. However, they believed the league’s founders did not market it well, and its players were not very good. They decided to create a league that would be polished and profitable. They felt there was a need for minor-league players, as both the MLB and the NBA have.

The league created teams and hired coaches with professional experience. The teams began to recruit players. There were eight teams that were going to begin playing in February 2019 and have a 10-week season.

Less than two months into the season, however, the league folded. And, when it folded, it folded quickly. Hotels evicted players because the league wasn’t paying them. The players had no money to return home. They also lost their health insurance and ended up paying for the injuries they sustained during practices.

At the time of the dismissal, there was a lot of disagreement between the owners. The owners appeared to squabble, and this only added to the chaos. The league also filed for bankruptcy. It claimed $11 million in assets and $48 million in debts.

The Suit and a Possible Profit?

Players have a sour taste in their mouths from the AAF. At the time of the bankruptcy filing, the league considered them to be assets. They couldn’t join other leagues, such as the Canadian Football League. Players decided to file a class-action lawsuit against the league and its owners. The players claim the league knew all along it was going to fold and used them for money. When the league folded, they were helpless.

One reason the players sued was to stop the league from receiving any profits from its sports gambling software. MGM is developing that software. Creating software for a mobile gambling program is revolutionary. It’s supposed to be able to track player movements in real time. Players can transmit information to mobile devices instantly. This means bettors would be able to wager on a play-by-play basis according to the actions of the players.

MGM has had its fingers in the portable gambling revolution for a while. It has partnered with all the major sports leagues to develop information to use on web-based and mobile applications. Sportsbooks can also use this information. Experts expect the software development could lead to hundreds of millions of dollars in revenue.

And, that is what the players are counting on. Because they expect MGM to sell the technology to the highest bidder, they hope to get a piece of it. The players are hoping they can use the revenue from the software to give them the money they deserve.