How the News Broke 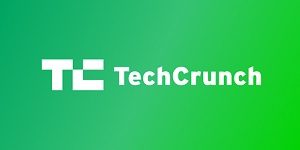 Recently, TechCrunch revealed that Google and Facebook broke the Apple certification rules. The companies distributed apps that required root network access or installed VPNs, which collected traffic and phone activity from users. The information was used for competitive intelligence. Apple then revoked certificates for Facebook and Google temporarily, which disabled the legitimate employee-only apps for the companies. This caused chaos in both companies.

Apple then issued a statement, saying, “Facebook has been using their membership to distribute a data-collecting app to consumers, which is a clear breach of their agreement with Apple. Any developer using their enterprise certificates to distribute apps to consumers will have their certificates revoked, which is what we did in this case to protect our users and their data.” Meanwhile, a number of restricted apps were still available from the websites of illicit developers.

The issue started with Apple’s relaxed standards for accepting companies into the enterprise program. The program is designed for companies to distribute apps that only their employees can access. The policy for the enterprise program clearly states “you may not use, distribute, or otherwise make Your Internal Use Applications available to Your Customers” but Apple did not fully enforce these regulations.

To be part of the enterprise program, developers have to pay $299 to Apple and fill out a form online. The form asks developers to promise that they are building an Enterprise Certificate app that will only be used by internal employees. The form also indicates that these companies have the legal right to register the business and provide a D-U-N-S business ID number and a Mac that is up to date. It is easy to Google a company’s address and details and finds its D-U-N-S ID number using a tool provided by Apple. After Apple ID setup and agreeing to Apple’s terms of service, businesses have to wait one week to one month for a phone call from Apple. During the phone call, businesses will be asked to reconfirm their information and to re-certify that they will only distribute the app to employees and to those who are permitted to represent the business.

All people have to do is give dishonest answers on the phone and use some information from Google to get Enterprise Certificate approval from Apple. Since there are a number of apps being distributed that violate policy, it is obvious that Apple should implement tighter regulations to prevent an oversight like this from happening again.