Baton Rouge manages three riverboat casinos. For some time now, these three casinos have continued to record year-to-year revenue declines. The month of March, for instance, has brought in 13.8% less as compared to the previous year.

On March 2019, casino winnings all across Louisiana witnessed a major decline. However, things were not the same in the neighboring New Orleans. The gambling market recorded an improvement of 5.6%. The state of Louisiana has a total of fifteen riverboat casinos. They include a land-based casino as well as four racinos. In total, they were able to generate a whopping $246.3 million in winnings. These figures were released on Monday by the Louisiana Gaming Control Board. Compared to March 2018, the figure has dropped by nearly 2.5% from the previous year’s figure of $252.6 million.

During the same period, the figures for video poker business in the state went high. The statistics show that the figures went up by 3.8% to hit $60.8 million. It was previously at $58.6 million. In the past year, Baton Rouge casino winnings saw a major decline. It dropped from $27.4 million to $23.6 million. Since 2017 August, the market has not posted any year-to-year increase when it comes to casino revenues.

Belle of Baton Rouge and Other Casinos 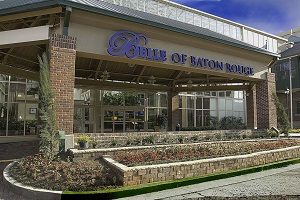 The oldest riverboat in the entire city is known as the Belle of Baton Rouge. Its winnings dropped from 39.3% the previous year to a total of $3.2 million this year. Hollywood Casino is also another established riverboat casino in the city. Similarly, it also experienced a drop from $5.5 million to $4.6 million. This is nearly a 7.1% decline. L’Auberge Baton Rouge is also another riverboat casino that was grievously hit. Its current winnings stand at $14.7 million, having dropped by almost 7.8%.

The Gambling Revenues in New Orleans

In New Orleans alone, the gambling revenue went up by 5.6% from $56.7 million in March 2018 to $59.9 million in March 2019. The Harrah’s casino recorded the biggest gain in the city. It recorded almost $29 million when it comes to the annual winnings. That represented an increase from 8% from the previous year’s figure of $26.8 million.

The Total Revenue Gains for the Main Riverboats

When it comes to revenue, the three main riverboats had a 3.7% increase. It moved from $25.4 million in March 2018 to $26.3 million in March 2019. Boomtown New Orleans recorded a 5% increase from $11.1 million to $11.7 million. The other riverboats that recorded slights gains in winnings were the Amelia Belle based on Amelia and the Treasure Chest. They had a 4.5% and 2% increase respectively.

The Fair Grounds racetrack slots also recorded total increase. They moved from $4.5 million the year before to $4.6 million this year. This is an increase of 1.8%.

News from other Markets

Other markets also did quite well when it comes to their current winnings. One of them is Acadiana. The Evangeline Downs racetrack represents the Acadiana. Acadiana, for instance, moved up by 1.8% to hit $4.6 million. Shreveport-Bossier City also recorded some new changes. It leads when it comes to the number of riverboats of the entire markets. The number of riverboats found in this place is comparable to the Harrah’s Louisiana Downs. For the latter, the number grew to 0.7%, making it at $67.8 million. The same story, however, was not the case at the neighboring Lake Charles. Here, the three slots and riverboats situated at the Delta Downs racetrack dropped by 7%.