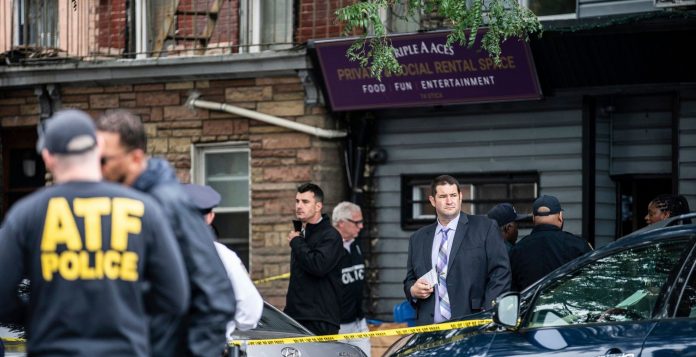 Authorities estimate that thousands of illegal gambling dens operate in New York City. Many of these gambling dens are small-scale operations run out of the backrooms of bars and grocery stores, and deal in everything from illegal Texas Hold’em games to ‘numbers’ schemes.’

The difficulty in building a case against these illegal gambling dens has troubled police, who must build a serious case against a suspected site before raiding it. This often includes paid informants, undercover cops placing multiple wagers, and finally a raid on the property.

Sometimes the police are surprised to find one of these gaming speakeasies in close proximity to police precincts. In fact, many of these types of places remain in the shadows indefinitely – until violence erupts. 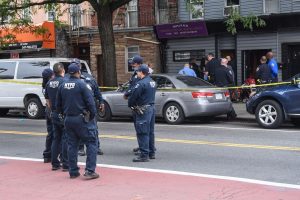 Because the gambling dens operate in the back rooms of legitimate bars and grocery stores, it is almost impossible to gain information on what goes on in these private spaces – until someone reports a robbery or murder.

Just before dawn on October 12, 2019, four men were shot and killed at an illegal gambling den in the Crown Heights area of Brooklyn. Police officers responded to a 911 call of shots fired at a location on Utica Avenue in Brooklyn. Upon arrival, officers discovered the bodies of four males between 32 and 49 years old.

Three others were wounded in the shooting, and the police recovered two handguns from the scene. They found evidence of a card game and multiple gunshots. The three wounded people – two men and a woman – were treated at the local hospital.

According to police officials, the illegal gambling den was located at the Triple A Aces Private & Social Event Space, and more than a dozen patrons were on the scene when shots were fire. Detectives believe the motive for the shooting was either a gambling dispute or a robbery attempt. 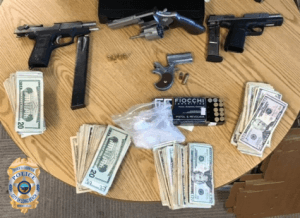 The reason these gambling dens remain in the shadows is due to their exclusive client list. Often the only way police get wind of them is when neighbors complain of noise or disorderly conduct late at night. And occasionally, someone either gets robbed or murdered.

According to local media sources, a Brooklyn resident who ran a numbers scheme for over 10 years described the situation. He explained that the low stakes of these types of operations rarely leads to violence. But he mentioned that the Crown Heights location, the site of the quadruple homicide, were especially dangerous.

Authorities question New York gambling laws in the face of violence, as legal casinos rarely see violence inside them. According to Assistant Deputy Commissioner of Civil Enforcement for the NYPD, Robert F. Messner, “It’s a very dramatic example, but you don’t want to have a quadruple homicide,” he stated. “You don’t want to have illegal operations going on in a community, because it makes the community feel unsafe.”

A Slap on the Wrist 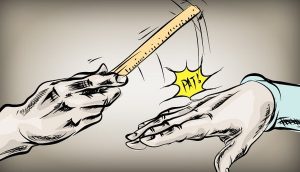 Often undercover police officers spend months staking out an illegal gambling den before anything happens. In one such case in the El Duende Deli and Grocery in Brooklyn, police placed bets to establish the nature of the shady business.

After the police filed a nuisance abatement lawsuit in the State Supreme Court in Brooklyn in an attempt to shut them down. In the end, the deli was fined only $2,000, and subjected to a year of regular police inspections. A fine so low is hardly a disincentive.

Sometimes the bureaucracy takes so long that the shop owners simply close shop and leave town, leaving only wasted tax dollars on raids and stings – and no arrests.

According to one Brooklyn resident, illegal gambling dens will always exist in New York City. “If they checked all the grocery stores in New York City, forget it,” he said. “Out of every 10, nine sell numbers.”