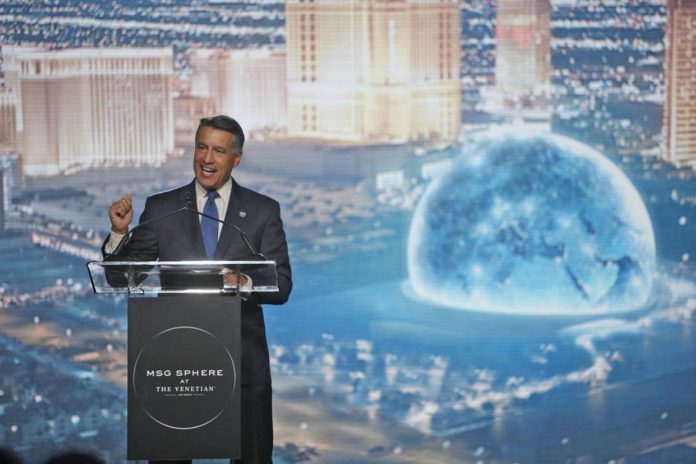 The Sphere is a joint venture between the Venetian, the Las Vegas Sands, and Madison Square Garden. The joint venture is a way to attract people to Las Vegas who aren’t interested in gambling. Builders had estimated the cost for the venue to be around $1.2 billion. Now, however, the costs have gone $500 million higher than the estimates. 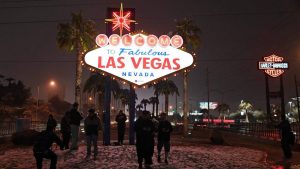 Gamblers spend more than $12 billion each year in Nevada. The state hosts an astounding 42 million visitors every year. The largest share of gambling dollars is in Las Vegas. There are more than 161 casinos in Nevada — 104 are in Las Vegas. The casinos range from the giant casino resorts, such as the Venetian, to small strip mall casinos with 15 games. The first casino received a license to operate in Las Vegas in 1931.

While Las Vegas has been enjoying a robust gambling revenue, it has not been without its problems. Las Vegas is struggling with itself. The city has an identity grounded in gambling. However, the number of people who want to come to Las Vegas just to gamble is decreasing. Vegas has lost nearly 1 million tourists a year in the last three years. Casinos, restaurants, and shows are looking for ways to attract new visitors. One of the ways they want to attract them is to offer nongambling activities. 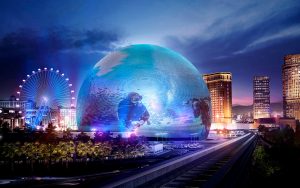 The city has been looking at large-scale attractions to lure people in. In the last 10 years, Las Vegas has grown as a venue for concerts. Younger people in the Millennial age group are the demographic Las Vegas is trying to attract. By offering concerts and DJs at clubs, Vegas has been growing its reputation as a music venue.

With music in mind, the Venetian, the Las Vegas Sands, and Madison Square Garden formed a partnership. They wanted to develop the Madison Square Garden Sphere. Shaped like a giant globe, The Sphere will seat around 18,000 people. It will sit next to the Venetian, just off the Las Vegas Strip. There will be LED screens inside and outside the venue. Construction on the venue began last year. The builders plan to finish it by 2021. The Madison Square Garden Company (MSG) plans to build another arena in London that will open the following year. Models of The Sphere indicate that it will have concert seating, a museum, retail space, private suites, and several bars. The whole Sphere is interactive. Therefore, the companies that own it believe it will be a great way to attract Millennials.

In a call with investors, MSG discussed the logistics of paying for a building no one has ever built before. The facility will have 400,000 square feet of space and stand 360 feet high. It will contain a 160,000-square-foot wraparound screen. All this awe and innovation isn’t cheap. However, MSG feels it will be able to attract visitors for years to come. The city can use the venue for eSports tournaments, conferences, concerts, and expos. eSports, in particular, should attract Millennials to Vegas. eSports is a growing sport, and it allows people to bet on teams. Researchers expect that eSports will be the next big thing in gambling.

The Sphere should increase the number of people who come to Las Vegas. Recent surveys indicate 7 percent of the visitors to Vegas came there just to gamble. People who are coming to Vegas to vacation and sightsee clocked in at 45 percent. Fifty-eight percent of Vegas visitors come to see a show. With all the entertainment opportunities The Sphere can offer, Vegas should see a return on its investment.