The story of Nick the Greek is an interesting one. It is full of gains and losses and the excesses of the gambling culture in the United States. Before the regularly streamed poker games, legal sports betting, and horse racing, there was an American legend who made it into the Poker Hall of Fame. His name was Nick the Greek. He was so legendary that Frank Sinatra and Aristotle Onassis became his fans. He won and lost money that some have estimated to be more than $500 million. Some say Nick the Greek won and lost his fortune 75 times during his lifetime. 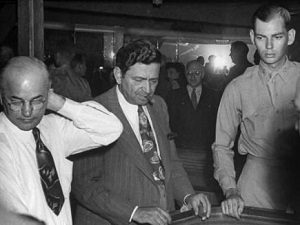 Nicholas Dandalos was born on the island of Crete, Greece, to a wealthy family of merchants and shipbuilders. He went to college and studied philosophy. His grandfather sent him to the United States at the age of 18 in 1901 to seek his fortune. He gave him $150 per week as an allowance—equivalent to about $3,000 per week in today’s money. Nick stopped for a while in Chicago and had a brief love affair. But, when the love affair ended, he headed to Montreal.

While Nick was in Montreal, he met a horse racing gambler who taught him the ins and outs of the sport. The Greek man managed to win $500,000 (and lose it) in six months—the equivalent of $15 million in today’s money. However, he learned he had the skills to make a fortune in gambling, and lead an interesting and exciting life.

Nick returned to Chicago and joined several card clubs. Around the turn of the 20th century, card clubs were ways gentlemen could gamble privately without interference from the police. Nick became very good at card playing and dice throwing. People called him a master of bluffing. Nick was a celebrity in Chicago, and his reputation was only matched by his gambling. He regularly won (and lost) millions in a single night.

Nick began to travel to seek bigger and bigger games. On one trip to New York, he played in a dice tournament for 12 days straight and lost about $5 million. He also won $15 million in one seven-hour stretch at a poker tournament in Manhattan.

At the time that Nick moved to the United States, Las Vegas was a cow town and a tumbleweed in the desert. However, after gambling became legal in 1931, Nick moved there permanently. He was a frequent visitor and won millions. While some casino owners tried to get Nick to work for them permanently, he refused. He preferred to stay independent. Nick’s reputation as a sublime gambler drew crowds. So, it was only natural that casino owners would want Nick to come and gamble in their casinos. 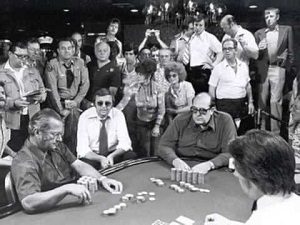 Nick began to play in poker tournaments with other great players, such as Johnny Moss. Binion’s Horseshoe, now Binion’s Gambling Hall and Hotel, was the stage for the greatest poker tournament of the age. Nick and Johnny played in a constant poker tournament for five months, stopping only to eat and sleep. The crowds that watched the gamblers were huge. At the end of the five-month-long tournament, Nick lost and ended up penniless—for a while. He lost $10 million in all. This tournament, and the huge amount of interest it generated, later led to the World Series of Poker.

Nick’s legend only grew as he got older. He played with Saudi kings, mob bosses, and stars. He once lost $300,000 playing poker on New Year’s Eve. He got it back in the same night to $1.6 million and then lost it the next day at the track. Near the end of his life and nearly broke, a reporter found him playing for small pots in California. When the reporter asked him why he was playing, Nick said, “It’s still poker, isn’t it?” In 1979, he got his spot in the Poker Hall of Fame.