There has been a considerable amount of talk in the federal and state legislatures about the Wire Act, and the implications court cases and legislation may have on states that currently have online gambling. Several states, such as New Jersey, Nevada, and Pennsylvania, already have online gambling for their residents. With the entire furor over whether the Wire Act can intrude on online gambling and sports betting, there are two industries that stand to profit from it. Brick and mortar casinos should do well. The biggest jump in gambling revenue may not come from online casinos, but instead from gambling apps that use blockchain technology. Increasingly, gamblers are turning to blockchain for all of the fun of gambling without all of the hassles.

What Is The Wire Act? 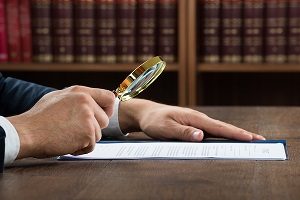 The Interstate Wire Act of 1961 was championed by Robert F. Kennedy in the big-crime, big-Mafia era. Kennedy wanted a law that would go after what he saw as a rampant problem with betting. Bookies were making a large profit, and then wiring the money to other locations for mob bosses. This law made that a crime, and resulted in several long prison sentences. The law states that it is illegal to send or receive money by wire that came from gambling.

While the Wire Act stood for years without too much trouble, the Internet has caused a good deal of fuss over the act and what it means. With the advent of the Internet, most transactions are not done with wire transfers anymore, but wirelessly through the net. In 2011, the Justice Department ruled that the Wire Act only applied to sports gambling money, because other forms of gambling were not ruled over by the government. Sports betting had been prohibited by law since 1992.

However, the Supreme Court ruled in May of 2018 that the federal government could not dictate to states how they handled gambling. They cited the Constitution, which says that states have the right to control commerce/business that happens within their state. Gambling is decided on a state-by-state basis. The ruling by the Supreme Court threw everything up in the air with regard to gambling, and states demanded a ruling on the Wire Act. The Justice Department reversed its decision on the act in November, saying it covered sports gambling. The department gave states 90 days to be in compliance with the new guidelines. However, New Jersey, the state that won the original lawsuit to challenge federal oversight in sports gambling, plans to sue. 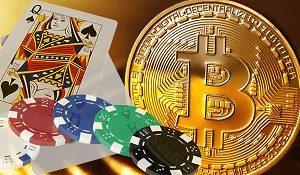 In the middle of the muddle over whether or not the Wire Act is even viable, cryptocurrency companies have stepped into the vacuum. Many cryptocurrency companies, such as Euthereum and EOC have begun to market their own blockchain apps so that people can gamble for tokens and exchange them for money off the grid. This means that people can gamble from anywhere and remain anonymous.

Although the games are not as sophisticated as those games found online or in casinos, they are entertaining. In fact, the most popular game on EOS is a dice game. Players decide on a number between 1 and 100. They then make a bet whether the number rolled will be higher or lower than the number, they chose.

In addition to people being able to gamble using cryptocurrency sites, many online and offshore gambling sites now allow cryptocurrency as a form of payment on platforms and apps. Gamblers just have to select which form of currency they are using. This has also proven extremely popular.

It appears in the gambling world, the longer the government drags its feet, the more people will move into cryptogambling and the use of cryptocurrency online. This spells bad news for states, because no state makes any revenues from cryptogambling.