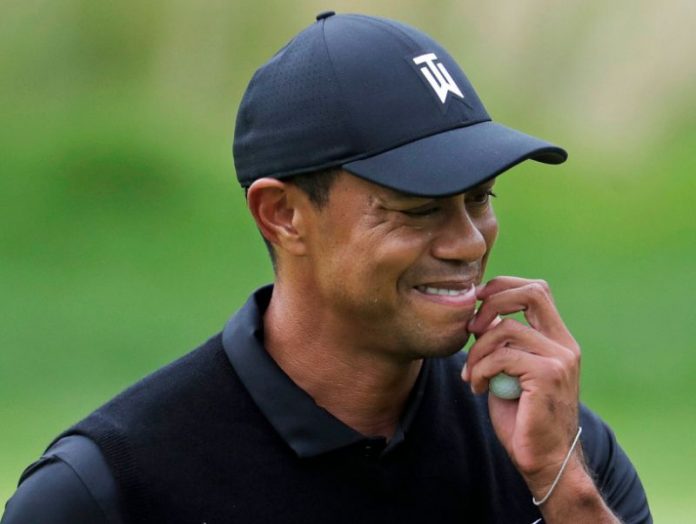 Tiger Woods can’t even catch a break in his own poker game. One would think an event dubbed “Tiger Jam” would go his way. But that was not the case on Saturday Night during a game of Texas Hold ‘Em when the golfer was playing against Russell Westbrook, the Oklahoma City Thunder star.

The Tiger Jam Experience, Woods’ 8th annual poker tournament night was held at the MGM Grand Hotel & Casino in Las Vegas on Saturday. Many celebrities were in attendance, including Westbrook, who found himself head to head with the host on one of the final hands.

Both Woods and Westbrook went all in even before the dealer made the flop. Both had good hands. Woods was holding an Ace of spades and a King of clubs while Westbrook had a one of diamonds and the other one of clubs and a pair of Queens. An Ace was the first card to be seen as the dealer finally made the flop. This made Woods celebrate prematurely since he now had a pair of Aces and thought he had a major advantage. In Texas Hold ‘Em, a pair of Aces is actually one of the best hands you can have.

However, a three-of-a-kind will beat that any time; and that is exactly what happened. Westbrook got his 3rd Queen on the card finishing woods in the process.

You can never know what to expect next in a game of cards, one minute you are winning, the next one you are dead. Though woods still had a chance to turn things around, he couldn’t get a 3rd ace and in the end gave Westbrook the win.

The brutal loss may have been another misfortune after unceremoniously missing the cut at the next PGA Championship, but this year has been quite good for the golfer.

Wood’s Incredible Comeback at the 2019 Masters 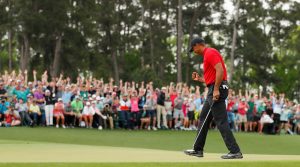 Not everything has really gone south for the golf star this year. The 43-year-old father of two made a comeback after winning this year’s Masters at Augusta. The win was his first major title in over a decade that was marred with scandals and injuries.

This was Wood’s fifth Master’s title, which saw him pass Arnold Palmer and puts him just one title behind Jack Nicklaus for the greenest jackets in history. The win also puts him just 3 major titles behind Niklaus’s record of 18.

The road to the win at Masters started back in September when Woods won the Tour Champions in Atlanta. That has been his first victory since 2013. The win also added Woods another PGA Tour title to get the count to 81, just one title less of Sam Snead’s record of 82.

The Presidential Medal of Freedom

Also adding on to the golfer’s fortune this year before his brutal loss at poker was receiving the Presidential Medal of Freedom by President Donald Trump, one of his biggest fans. In May, President Donald Trump conferred on Woods the nation’s highest civilian honor in the White House Rose garden while praising him as the “global symbol of American excellence.”

Trump looked back on Wood’s historic career all the way back from 1997, including his injuries,   to winning the Masters in 2019, which was a miraculous comeback. In his thank you speech, Woods thanked his family and especially his late father.

According to the executive order designating the award, the Medal of Freedom acknowledges persons who have made “an exceptionally meritorious contribution to the security or national interests of the United States, world peace, cultural or other significant public or private endeavors.”

Even though the loss at Las Vegas was simply a slight setback for a seemingly good year for the five-time Masters champion, perhaps his good fortunes will get back on track during this year’s US Open in June.