It’s rare that football fans agree on who the “best” player is. It’s even more challenging them to get them to concur that a certain play or part of the game was devastating. However, Todd Gurley, a running back for the Rams, managed to accomplish this recently. His play, which was the final carry of the game, gave the Los Angeles Rams a 29-27 win over the Green Bay Packers.

The Rams had a two-point lead, and there was a minute and 27 seconds left in the game. The Rams gave Gurley the ball on a huge third-and-10. If Gurley converted, it would be the end of the game. However, if Gurley didn’t get the first down, the Rams would have to attempt a field goal and give the ball back to Aaron Rogers. Fortunately for the Ram, Gurley converted.

The bad news for sports gamblers who were betting on the game and fantasy football players is that Gurley decided not to make a touchdown. On purpose.

Bettors had high hopes that the Rams would get in the end zone. Gurley’s play caused a $1 million swing in Las Vegas sportsbooks, according to the Las Vegas Review-Journal.

The Rams were a 7.5 favorite in most sportsbooks. Most of the money betted on the game was on the Packers, which means most people who had waged money were hoping Gurley didn’t score. Gurley’s decision meant that the house lost, and bettors who had their money on the Packers covered the spread.

Even though the play by Todd Gurley was beneficial to gamers who bet on the Packers, the play puts fantasy players at a detriment. When he stopped short of the end zone, Gurley cost fantasy football players about six points.

Gurley is not concerned about fantasy team owners or Vegas. He took to the Rams official Twitter account to say, “man forget fantasy and forget Vegas today. We got the win, so that’s all that matters.”

For the most part, bettors should be grateful to Gurley. Because of his play, Packers bettors won big. He also made about 25.5 points in fantasy for standard scoring leagues, which is also impressive. 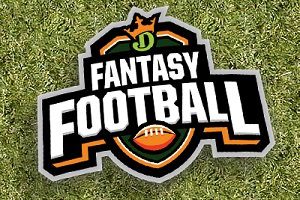 Fantasy sports betting was big business before the Rams-Packers game, and people can make a considerable amount of money from placing the right bets. What started out as a casual recreational activity has turned into a big deal for a number of sports fans.  Fantasy sports gambling is typically done in sports bars or in the comfort of one’s own home. People also engage in this activity with friends to make the bets more interesting and entertaining.

It is believed that fantasy sports seasons are significantly shorter than actual sports seasons. While some fantasy games last for about a week and some are as short as a day, it’s usually in the best interest of bettors to stick with their favorite teams throughout the live sports season.

Scoring rules are also slightly different in fantasy sports. Fantasy football has flexible sporting rules. However, the guidelines are directly related to the specific performance of athletes that bettors put their money on.

The Future of Football Betting

It doesn’t look like sports fans will stop betting on football games or their favorite players any time soon. In May 2018, the U.S. Supreme Court ruled that the Professional and Amateur Sports Protection Act was unconstitutional. This meant that more gamblers could legally engage in sports betting. According to ESPN, singlegame betting is now legal in Nevada, but the line between fantasy sports betting and singlegame betting is becoming blurred, which could prove to be even more lucrative.