There is a new trend that is finding its way in Texas entertainment and liquor markets. Texas adults are now able to purchase beer to go from craft breweries.

This is one of the catchy ideas that might completely change the entire Texas beer and liquor market. Even not-so-big brewpubs are also allowed to merchandise beer while on the go. This is an expansion that has had the backings of more than 13,000 through an online petition. However, there are some who feel that giving such a right to brewers might not be the best idea. In this section of the supporters, it just appears bottled up since the lawmakers oversee most gaming and drinking legislation.

Selling of Liquor on Sundays 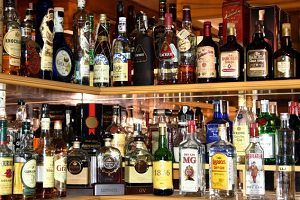 There are also a number of proposals that have not seen the light of the day. One of these proposals would give beer stores powers to sell liquor even on Sundays. Alternatively, it might seek to increase the Sunday hours in which retailers are allowed to sell beer. So far, two bills have successfully gone past the preliminary stages. One of them talks about legalizing fantasy sports. The other proposal seeks to offer the charities that carry out bingo events an additional time for players who want to keep up.

The Fate of the Proposed Bills

The proposals are currently under the watch of the members of a house panel that monitors the interests of alcohol. There is a certain reluctance that the members have shown for the time they have been handling the proposals. When approved, the system will separate the beer, wine and spirits manufacturers, distributors, and retailers. Tracy King chairs the Licensing and Administrative Procedures committee. According to him, the panel is reflective and deliberative. It carefully scrutinizes all the changes that might apply to the code of alcohol. 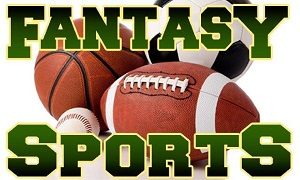 There is one gambling-related bill that was unanimously approved by the King’s committee. Representative Moody D-El Paso had earlier made this proposal. It seeks to make the fantasy sports betting legal. The proposal had the backings of representatives from Houston Texas, Houston Astros, Dallas Cowboys, and Texas Rangers. The bill would give bet a new definition to leave out the participants in a contest, simulated game or even fantasy.

Opposition to the Betting Bill

There are also some organizations that did not like the betting bill. One of them is the Christian Life Commission, which is an anti-gambling organization. It opposed the bill and strongly warmed the state not to give its blessings. In a 2015 letter to the Texas Lottery Commission, Governor Greg Abbott strongly opposed the prospect. He had earlier supported all the prohibitions on gaming and urged the agency to act tough on such games. The governor also has a strong warning to the governing bodies should they go ahead to legalize sports betting and fantasy sports betting.

There are also other things that the House of Representatives might consider. The King’s committee had previously approved a bill that allowed a thousand charitable groups to spend extended time hosting various bingo events. According to Will Martin of Victoria, it is now the right time for older people to go and enjoy playing the Bingo.

The other group of people who might also feel the pressure is charitable organizations. The law just allows bingo events to go on for four hours. All the events must be wrapped up within that time, lest risk a fine. However, Martin thinks that there is an addition for half an hour that the player should be given. With this extra time, they can rush to the washrooms or even grab some fast foods.