The Ponca Tribe of Nebraska holds a small tract of land in Carter Lake, Iowa. This land is close to both Council Bluffs, Iowa, and Omaha, Neb. The federal government has recognized the tribe, so it is able to have a casino under federal law. However, it has been fighting an uphill battle against political and religious organizations on both sides of the Missouri River. 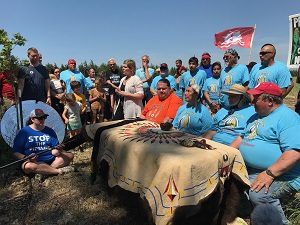 The Ponca tribe is not new to legislation or political oppression. The tribe has been moved and displaced several times. Even today, the state of Nebraska and the tribe have been fighting over the location of a reservation. The tribe has several service areas throughout the state. The state of Iowa has allowed the tribe to have a small tract of land. Originally, the state promised the tribe would receive 30,000 acres. What they have now is a fraction of what the state promised. The tribe, which historically has been in Iowa and Nebraska, wanted to build a casino to help increase its land holdings. It wanted a place where its members could live together. The Ponca Tribe also wanted additional revenue to pay for services for its members.

The largest opposition to the Ponca tribe’s casino in Iowa is a religious group. The Open Door Mission operates a church, mission, and homeless shelter about a mile from the tribe’s new casino. It believes allowing the casino to open would tempt many homeless people to spend what little money they might have. The mission has the status as a religious group. It stated the casino’s location makes it difficult to continue to minister to the needs of the area’s homeless. Tribal members say the tribe operates a smoke shop in the area and has had little issues with the community. But, the religious organization has done some research of its own. It found people who have gambling problems usually suffer from other addictions as well, including smoking, drinking, and drug use.

In addition to the conflict with the religious organization, the tribe has faced other issues as well. This has led to accusations of racism and discrimination from the tribe. The tribal land in Iowa sits on a natural peninsula. That means the state of Nebraska entirely surrounds the land. It is possible that the Ponca Tribe and the religious organization will be able to work through their problems. However, the tribe has other issues.

The other large issue the Ponca tribe has is a long-running dispute with the city of Council Bluffs, Iowa. The city has actively campaigned against the location of the casino. Officials in Council Bluffs have said that the tribal casino has no place in Carter Lake. The tribe said the only reason the city is against it is because there are three casinos in the area. And, the city doesn’t want competition. While Council Bluffs has been fighting the casino, Carter Lake is welcoming the business. The tribe plans to give the city $250,000 three times a year for the rights to the casino. The city will use it for law enforcement and improvements to its infrastructure.

The initial plans for the casino have a building with 200 slot machines, a snack bar, and a bar. The tribe plans to name it, Prairie Flower Casino, after the daughter of its most famous chief. The casino looks to employ around 100 people when it opens later this month. The Ponca tribe hopes to expand the casino in the future to include table games and restaurants.