The US gambling industry has largely been under the monopoly of the Texas and Native American tribes, until recently. This was flipped in last year’s Supreme Court ruling. The United States’ Supreme Court ruled as unconstitutional the ban placed on gambling in various states.

After the Supreme Court decision, most states within the US began the legalization and regulation of sports betting. While this move is seen as a positive and potentially lucrative by many, not everyone is seeing it that way. Native American tribes who have a monopoly on the gambling industry have not reacted positively to this. They are citing a potential decrease in the number of visitors to their casinos as the reason for their opposition.

Is Online Sports Betting A Valid Fear For The Tribes? 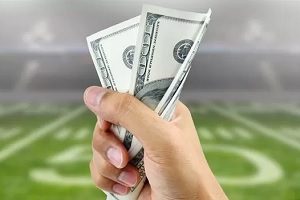 Going by the Allentown Morning Call, since the Supreme Court decision, six states have followed Nevada’s footsteps, legalizing sports betting. It is reported that twenty more states are looking to follow the same path. However, this has proven to be quite challenging for a majority of the states. A good example is the state of Minnesota, which has just passed a sports betting bill through the committee. However, the bill is not expected to go any further because of the intense opposition coming from the tribes.

The tribes have stated that gambling is their only means of economic growth. The Minnesota Indian Gaming Association executive director, John McCarthy, reiterated this. He said that the only tool of economic development at the disposal of the tribes is gambling.

Tribes within Minnesota have over 20 casinos and contribute millions towards the political causes. This has assured them of political support when it comes to fighting for the monopoly of the gambling industry. This trend has also been seen in other states where the political class is unwilling to go against the tribes.

Considering the revenue that casinos will be able to generate through legalized betting, the opposition from the tribes is confusing. To make more sense of this situation, one is required to have a deeper look. What is apparent is that the tribes are not intimidated by the legalization of sports betting in itself. The concern is that online sports betting may be a gateway to unknown conditions and behaviours. It seems the tribes fear that players’ betting via phones will cause lower numbers of patrons in their casinos.

Not All Tribes against the Legalization of Sports Betting

Although it may seem like all Native American tribes are in the opposition, this is actually not the case. New Mexico has two tribes-owned casinos offering sports betting almost immediately after the ruling despite the state not issuing licenses. The states of Carolina and Connecticut have tabled tribe-backed bills to legalize and provide sports betting in their casinos.

Some lucky states like Pennsylvania saw the process of legalizing sports betting go smoothly. Other states on the other hand, seem to be gearing up for a long drawn out battle for the same. However, taking a wider view shows that generally the country is taking strides in the right direction. Sports’ betting seems to be gradually progressing and expanding, currently being offered in more places than in the past. It is expected to expand to more places with time.