Williamson County, Texas, is directly north of the state capital of Austin. Because it sits along Interstate 35, many state troopers guard this roadway and other major highways in the county. Interstate 35 is a major drug trafficking route between the U.S. and Mexico border. A Texas multi-state trooper was conducting routine radar checks on the interstate when he saw a car speeding.

After the trooper pulled the car over, the driver, Marquis Overton, told him his story. And, what the trooper found in the car made his story interesting.

The traffic stop occurred just north of the city of Round Rock where the interstate moves from a high-density traffic area to a more suburban traffic area.

As the trooper approached Overton’s Dodge Challenger, he smelled what appeared to be marijuana coming from the car. After a search of the vehicle, the trooper found two bags of marijuana. 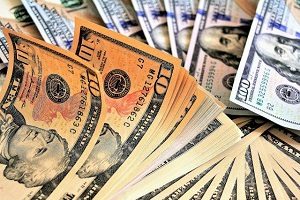 The bags of marijuana were not the only things the state trooper found in the car, however. He also found several bags of money, totaling nearly $90,000. When the trooper asked Overton where he got the money, Overton gave him several interesting explanations. First, Overton said that he won $40,000 gambling. Later, he said he had actually won between $50,000 and $60,000 in cash, which he said he won gambling in several states, including Texas.

However, after he was arrested and headed to jail, Overton mentioned that he actually won $70,000 gambling, and won an additional $17,000 gambling on sports with a bookie who is based in Rockdale, Texas. He also said that he likes to play craps, and that is how he won the money.

Overton did not have any documentation for his winnings, even though he said that he won some of the money from casinos in different states. Overton also told police he hadn’t had a job in two years, and that he was making his living gambling in casinos. He was charged with money laundering, which is a third-degree felony in Texas. He could face a large fine and 10 years in prison. He was released from the Williamson County Jail after posting bond.

The Gambling Laws in Texas

Overton’s excuse for the massive amount of money is interesting in light of the current gambling laws in Texas. It also serves to highlight the illegal, backroom nature of sports gambling in the United States. Currently, Texas has its own state lottery and it participates in a multi-state lottery system, which includes Powerball and Mega Millions. More than 40 states across the United States participate in the multi-state lottery system.

In addition, Texas allows participation in charitable gaming, so the state allows raffles and bingo games for charity. There are many bingo halls operating in Texas. Betting on horse racing and dog racing at tracks is also allowed. Casino gaming, however, is illegal in Texas, except at the three Native American casinos. In addition, some cities along the Gulf Coast have gaming cruises that travel to international waters for a period of time to allow gambling. Slot machines and video poker machines called eight-liners are also legal in Texas if they offer small prizes rather than cash.

In addition, all legal Texas casino agencies are required by law to give cash prize winners a form that details their winnings, as well as any taxes that were taken out. If the cash Overton had in his car was from casinos, he would have been able to produce paperwork from the casinos that showed earnings and taxes paid.