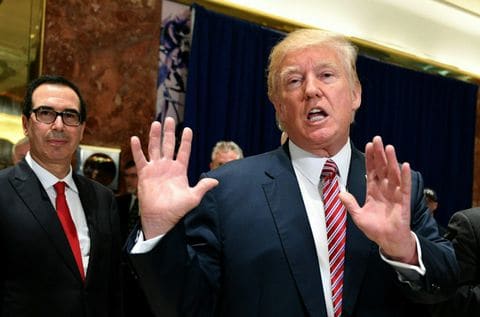 Will the scandal never end? New reports by Politico have pointed to President Donald Trump’s first contact with the government of Vietnam, came not thanks to the State Department, who traditionally oversee such arrangements to make sure breeches of protocol don’t variously trigger embarrassment, upset allies or inadvertently set off a war, but by long-time Trump personal lawyer Marc Kasowitz, who also represents American investor Phillip Falcone, who holds a substantial interest in a casino outside Ho Chi Minh City.

The breach of diplomatic protocol, which happened during Trump’s first month in the White House, is said to have ruffled feathers in the upper echelons of a Trump administration struggling to keep the impulsive and often unethical president on a short leash.

Shortly after the call, which was a diplomatic coup for Vietnam, with state television broadcasting footage of Prime Minister Nguyen Xuan Phuc surrounded by smiling high-ranking officials during the call, Kasowitz travelled to Vietnam together with Falcone, meeting with government officials in an attempt to convince the Vietnamese to lift a ban on gambling for its own citizens, a change that would immediately translate into massive profits for Falcone. 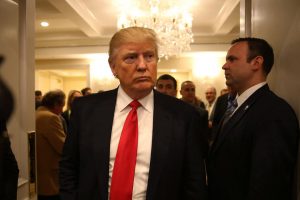 “Phil asked if Marc could arrange a phone call between the president and prime minister of Vietnam,” a person familiar with the call told ProPublica. “Marc did that.”

When confronted, Falcone would deny ever requesting the call while adding there was nothing improper about arranging such a call. “It’s just lending a hand when people ask you,” he told ProPublica.

While it remains unknown whether Trump specifically mentioned the casino or gambling regulations in Vietnam during the call, it is truly ironic and telling that the US Embassy in Vietnam only learned about the call from Falcone’s casino company and not the White House. Moreover, the White House has failed to provide US diplomats in Vietnam with any information regarding the substance of the call.

Kasowitz has worked as Trump’s personal lawyer for over 15 years, including spearheading efforts to limit damage in the Trump University fraud case, against allegations of sexual harassment against Trump as well as on allegations of Trump’s complicity with Russian meddling in the 2016 US presidential elections.

The call, according to ProPublica is yet another example of how the Trump White House frequently blurs the lines between state interests and Trump’s private business dealings. Trump’s declaration that “America is open for business” has lead to a stampede of foreign officials, friends, lobbyists, hangers on and business people jostling for access to Trump under the impression that catching the president’s ear could translate to lucrative business deals, or the use of American might to ease foreign regulations impeding higher profits.

An empty attempt at Las Vegas in Vietnam

Falcone’s dealings in Vietnam have been going on for nearly a decade after he poured an estimated $450 million into the Grand Ho Tram Strip integrated casino resort on the coast some 75 miles outside Ho Chi Minh City. Built to replicate the splendor of Las Vegas, the massive complex and hotel tower boast 90 gaming tables and private gaming rooms for high rollers, 1,100 luxury rooms and a Greg Norman designed championship golf course on more than 400 acres of land.

The ban on gambling for Vietnamese nationals has created endless problems for Falcone’s business interests, with staff regularly out numbering guests in the largely empty complex. In fact, with locals unable to play, one industry observer was compelled to remark “you could drive a truck through the casino and not hit anyone,” reported ProPublica.

Falcone’s lobbying efforts to get the ban overturned have been intense. Just months before the election in 2016, Falcone hired veteran lobbyist Tony Podesta, brother of Hillary Clinton’s campaign manager, together with Loretta Pickus, who was once vice president of legal affairs for trump Entertainment Resorts, Trumps now bankrupt casino company, to hedge his lobbying bets no matter the outcome of the presidential race.

Shortly after Trump won the White House, Falcone’s casino company sent out a press release stating, “With Ms. Pickus having substantial experience with Trump properties, she hopes The Grand Ho Tram can continue to serve as a champion of U.S.-Vietnam ties for the incoming Trump Administration.”

The press release went on to call her appointment “an excellent opportunity to share best practices from the United States as Vietnam considers opportunities to reform the regulatory regime for its hospitality and gaming sector.”