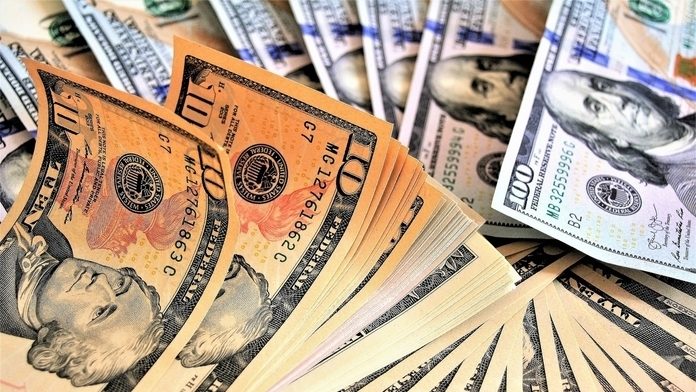 A dealer and player were arrested for allegedly attempting to perform a counterfeit scheme at Valley Forge Casino.

Lieu Khang David Bui, 21, and ex-dealer Long Vu Tong, 34, were arrested and charged with forgery after allegedly trading in fake cash for $4,000 last year at the Valley Forge Casino in King of Prussia, Pa. According to dailylocal.com, arrest records show Bui entered the casino around 7:11 p.m. Nov. 7, 2017, to play Spanish 21, where Tong was dealing for the evening. Bui then proceeded to take out $2,500. Tong took cash and placed it on the table before providing Bui with chips worth that amount.

Bui then cashed out and left the table after playing for a short period. He later returned to the table where Tong was still dealing, with $1,500 that Tong took and traded for chips. Bui then stayed to play at Tong’s table for a while longer before he proceeded to cash his chips out at the cage. That’s when counters realized there was something strange about the money Bui had given to Tong. They noticed the bills didn’t have red and blue fibers lodged within them and were not printed on real legal-tender paper. A few days later, on Nov. 24, a U.S. Secret Service agent confirmed the money was, in fact, counterfeit.

Tong was interviewed on Nov. 28 and Nov. 29 by authorities. According to TheMercuryNews, a probable cause affidavit stated Tong divulged to only having a brief encounter with Bui. However, he then said he advised Bui not to go ahead with the act after he thought Bui was joking. Tong said, on the day of the scheme, Bui gave him a call telling him about his plans for the counterfeit money. Once Bui came to his table, Tong said he “let it slide,” and proceeded to work. Tong also said he later confronted Bui about the entire ordeal after he picked up the 21-year-old and they went to the mall. That is when Tong said he was “cursing and telling him off” about the incident. He adds that Bui offered him a portion of the money, but he did not accept it. The men are scheduled for a preliminary hearing on March 7.

As it turns out, the simplest of schemes are the toughest to catch in the act. According to the Las Vegas Review-Journal, the Gaming Control Board arrests between 250 and 500 employees who work in the casino industry every year. James Taylor, deputy chief of the Gaming Control Board, said despite their job title, “everybody needs to be watched.” While there is always concern centered around thieves coming into the gambling establishments to commit various types of robberies, unfortunately, authorities and regulators have just as much reason to concern themselves with those who work in the establishments. According to GCB stats, the employees who are arrested, make up 25 percent of the annual arrests. Out of that 25 percent, 18 percent are staff who work in the cage; 23 percent are managers, 27 percent operate tables, and 3 percent work in security. However, at the same time, Taylor said, “the basic stuff is the hardest to catch.” For instance, one man has been permanently banned from every casino in Nevada after stealing a total of $220,000 in chips. The man, Tasia Musa, had been stealing chips from casinos since 2013. Taylor said thieves like Musa grab what they need and are “immediately out of the door.” As for those stealing from the inside, it’s as simple as someone operating the gaming table or the stick, slyly taking chips and placing them into his or her uniform or sliding them from the table.