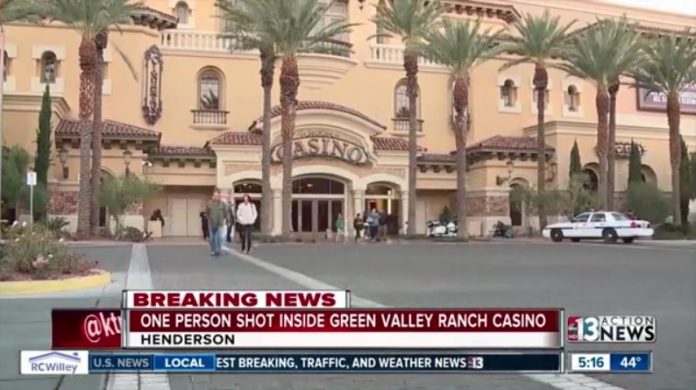 Two separate shootings took place in Las Vegas casinos this weekend, prompting casino officials to take a closer look at security issues and whether a more hands-on approach might be needed to keep players and visitors safe. The incidents, which left several people injured and one dead, were promptly stopped by the police – but this hasn’t always been the case in the past.

Caught in the Act

Late Friday night, an armed robber who held up the Bellagio poker cage and then tried to steal a getaway car was shot by the police.

The robbery happened very quickly: the suspect approached the poker room area, demanded money, and then quickly exited the casino before the employee could alert anybody. The casino security missed the robbery and was unable to apprehend the suspect, but as he made his way to the valet lot to grab a car, he was confronted by the police. Several police patrol cars were at the Bellagio that night investigating a missing child case and the officers ran into the suspect almost by accident at first.

At that point, the thief grabbed his own gun and fired at a nearby officer, who was wearing a bulletproof vest and wasn’t seriously injured. The officer then fired back.

Both the officer and the suspected robber were taken to the hospital. Officer Aden Ocampo Gomez was treated and released soon after, while the suspect died in the early hours on Saturday.

The robbery itself had been quick, and most players in the crowded poker room were unaware anything was happening.

Early Sunday morning, an alternation between multiple people resulted in a shootout at a small hotel and casino in Downtown Las Vegas. Four people were injured, one critically, and another was arrested pending an investigation. There was no immediate reason given for the shooting, as the people involved didn’t seem to know each other and were not involved in anything illegal at the time of the incident.

Police closed the space for several hours during the investigation, but the building was already reopening and back to business as usual by 1:00pm the same day.

Unfortunately, I think we are going to see more of it.

“The fact that four people were shot in a casino shows that the people involved are quite unafraid of the ramifications of what they’re doing,” says retired police Lt. Randy Sutton. “Unfortunately, I think we are going to see more of it.”

Up until recently, most casino security guards in Las Vegas did not carry guns. While casino guards are usually better trained than mall security (and many are retired police officers or ex-military), casino guards have traditionally not been armed.

“The security in Las Vegas is tremendous,” said Don Campbell, a Las Vegas lawyer and former casino executive. “These aren’t rent-a-cops, by any stretch of the imagination.”

Recent shootings, however, have raised the question of whether casino security needs to carry guns so they can act quickly in the event of a robbery or even a shooting, rather than having to count on the police arriving to help. Lenny Davis, a security consultant in Las Vegas, points out that many hotels and casinos are now hiring special security units in addition to their floor security guards – and these guys are better trained than guards and often carry guns.

Shootings like the ones from this past weekend are raising questions among experts, who would like the option to arm all casino guards for added protection. While current laws limit options at the moment, this might change soon.