What Are Prop Bets? 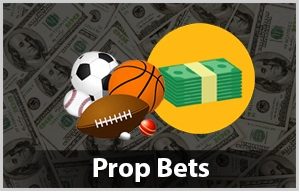 The two professional poker players made a bet and it went viral rather quickly. One professional poker player bet the other player that he could not survive in a darkroom for 30 days. During the 30 days, he would have no access to light, phone, cable, or internet. Nothing that could emit light would be allowed. In addition, drugs could not be taken that would allow the man to drift away in the dark. There was also no human interaction allowed either. The room would have a bed, a shower, and a bathtub, as well as any food he would want. If he could make it for 30 days without emerging, he would win $100,000. If he cannot, the other player gets to take home six figures.

The bet went viral, and many side bets were taken. The poker player entered the darkroom on November 21. 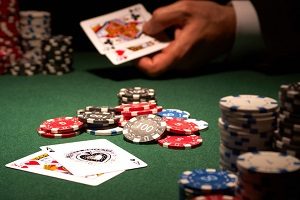 At first, the poker player seemed to be doing ok in the room. However, the one problem that the man had was that he wanted to know how many days he had left to go, which was not an option. In addition, family members were becoming concerned about the man’s mental health, although he did not show any mental health issues. On the 20th day, there was a meeting of the minds during a food exchange. The man who spent the time in the dark room would get money for the days he managed to make it – over $64,000. The rest of the money would be returned to the other poker player. 455 Several odds makers noted that even if the man stayed in the entire 30 days, his hourly rate would be $140, which is not exactly the best rate if you are used to thousands of dollars in winnings per night.

Despite the end of the prop bet coming earlier than expected, the two players are planning additional prop bets in the near future. There may even be a reality show in the making. The poker player’s experiences in the darkroom were filmed by night vision cameras, and there have been conversations about having other professional poker players try their hand at outrageous prop bets. For example, one professional gambler wants to try the dark room for a million dollars, but without food. Another gambler wants to live for 30 days in the darkroom with cockroaches. Apparently, the sky is the limit as far as professional poker players and prop bets go.