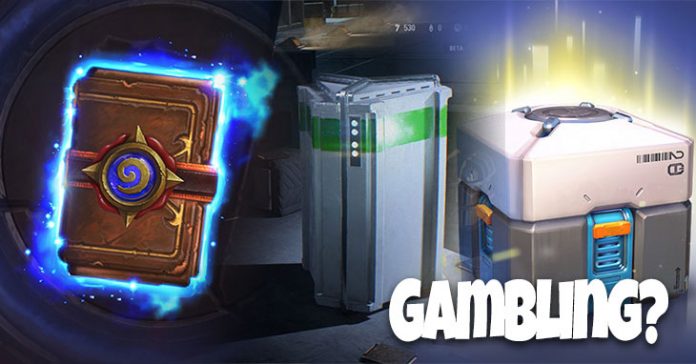 Loot boxes have had a firestorm of controversy since people began to protest their use in video games in 2017. Some countries have introduced legislation banning the use of loot boxes in video games. However, the gambling commission in the United Kingdom has said it cannot ban loot boxes. The Gambling Commission said, according to current British law, they are legal.

Loot boxes first appeared as part of video games in the early 2000s. Originally, gamers would open the loot boxes when they reached a certain level or acquired a lot of points. However, in 2013, loot boxes began showing up in Asia and the United States. It was a way for gaming companies to make more money. Loot boxes contain lots of different items to help people gain levels or win games. They may contain different uniforms for the characters. They could also contain extra money, extra weapons, limited quantities of gear, and additional lives. As this notion developed, the boxes themselves became more elaborate.

Why Is There a Problem with Loot Boxes?

Loot boxes were originally available to everyone once they reached a certain level. However, increasingly, companies began charging money for loot boxes. This purchasing of loot boxes was considered acceptable at first. But, in 2017, people began to protest when companies made changes to the loot boxes. That is when Electronic Arts released Star Wars Battlefront II. This game had a different kind of loot box. Instead of giving a loot box to everyone who paid for one, EA made the loot boxes available at random. The company used random number generators to kick out the numbers for loot boxes. This meant that some people who paid into loot boxes did not receive them.

This is the problem many have with the loot boxes. When random number generators run the prizes, many countries consider that to be gambling. Many people appear troubled by the notion that companies are marketing loot boxes to children. People were also concerned with the idea that promoting loot boxes may also promote gambling or lead to an addiction.
If countries determine loot boxes to be a form of gambling, they may be considered illegal. That is because of the age of many gamers. Research shows that nearly 25 percent of video game players are under 18. In most countries, the legal age to gamble is 18.

What Did the British Government Say?

The British Gambling Commission said it has serious concerns about the games that use loot boxes. It is also concerned about how popular they are with children. There is nothing the commission can do, however. According to the law, loot boxes are only illegal if they award money as prizes, or if they have value.

The British government said it doesn’t matter if they are being sold on the black market. Under British law, the loot boxes themselves have to be worth money.

Critics have pointed out that loot boxes are appearing all over black market websites. The rarer the loot box, and the more popular the game, the more money the loot box is worth. Unlike in the games, people can turn loot boxes into cash on the black market. Controversial games, such as Counter-Strike: Global Offensive, allow players to use their loot boxes as collateral during the game. They can, then, sell those winnings for real money on black market sites, such as Steam.

Currently, Belgium and Norway have outlawed loot boxes. There is also talk of outlawing the boxes in the United States, Australia, and Canada.