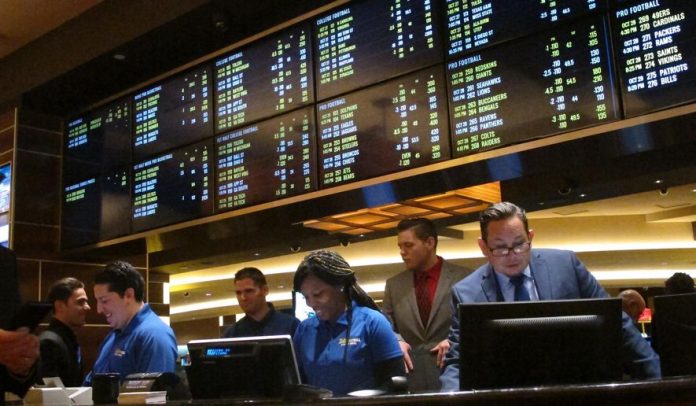 Sports betting could become available in all 29 federally-recognized tribal casinos within the city of D.C very soon. During a council meeting hosted on Tuesday, votes were put forward to skip the contract bidding process, and pass a bill which would allow the current lottery vendors and gaming contractors (Intralot) to monopolize sportsbooks and accept wagers on mobile sports betting.

Though 3 members of the council opposed the initial decision to have a mobile sports betting operator – the majority of the board were in favor of the idea, and were happy to see 2 emergency measures put in place which would allow Intralot to accept wagers on professional and collegiate sporting events, as well as athletic events and Olympic sports competitions. That is, before the bill is finalized by Mayor Muriel Bowser.

Though the current House Bill 1975 permits tribal casinos to offer sports wagering via online and in person, it does not stipulate that mobile gaming is permitted. However, it has been noted that district staff are able to negotiate a contract with Intralot for lotteries and sports betting services, and has also pushed for a consultant to help manage the gambling expansion. According to DC officials, RFP have been selected to take on an annual contract for this role, with an optional 4-year extension.

At present, all forms of gambling online is strictly prohibited in Washington, and recognized as a Class C felony. Anyone caught partaking in such activities can face up to 5 years in prison, as well as a penalty of up to $20,000. As the Bill is still in its infant stages of being implemented, no taxation rates, related fees or a structured licensing process have been drawn out for sports betting yet.

One member of the council, David Grosso, was against the new measures and did not view the situation as something which required critical attention. Among several other reasons he voiced for being against the campaign on Tuesday, Grosso also detailed how Intralot had made substantial contributions to the Council member campaign fund already, and did not see how the legalization of sports betting or granting the company a contract could be deemed as an emergency.

“We previously noted the downgrade of Intralot’s Moody’s bond rating,” Grosso said. “That should be enough to show that there is no emergency here … the only emergency is for Intralot.

I will vote against this. It is not an emergency. It is a giveaway,” said Grosso.

Getting Ahead of the Game

While there has been a mixture of concerns and debates over the legalization of sports betting in D.C, the city’s Chief Financial Officer specified that it would take at least 27 months before an official operating contract was secured if the proposal goes through – during which time, the entire district would lose approximately $60.9 million.

It is also believed that the urgency for pushing the Bill, is due to fears and worries over neighboring states (Virginia and Maryland) launching their own sportsbooks and getting ahead of the competition. However, judging by the recent sessions held at Virginia’s legislation committee, where sports betting was brought up, but no actions suggested for a new bill – it could be a while before the state adopt this form of gambling.

In Maryland, Bill HB1132 was introduced back in February – which still requires voter approval before anything can be considered. A hearing at the House Ways and Means Committee is due to be held on March 6, with the General Assembly adjourning a session on April 8.

All of these factors put D.C in the hot seat as the next place to welcome sports betting into their gambling anatomy. And while the bidding process has already been missed off, this could also work highly in their favor, and see the state launch mobile sports betting just in time for NFL season.