According to a recent Gallup poll, the number of people who think gambling is morally acceptable has risen to 71% — an all time high. This number marks a steady increase over the past two years, possibly in connection with the legalization of sports betting. 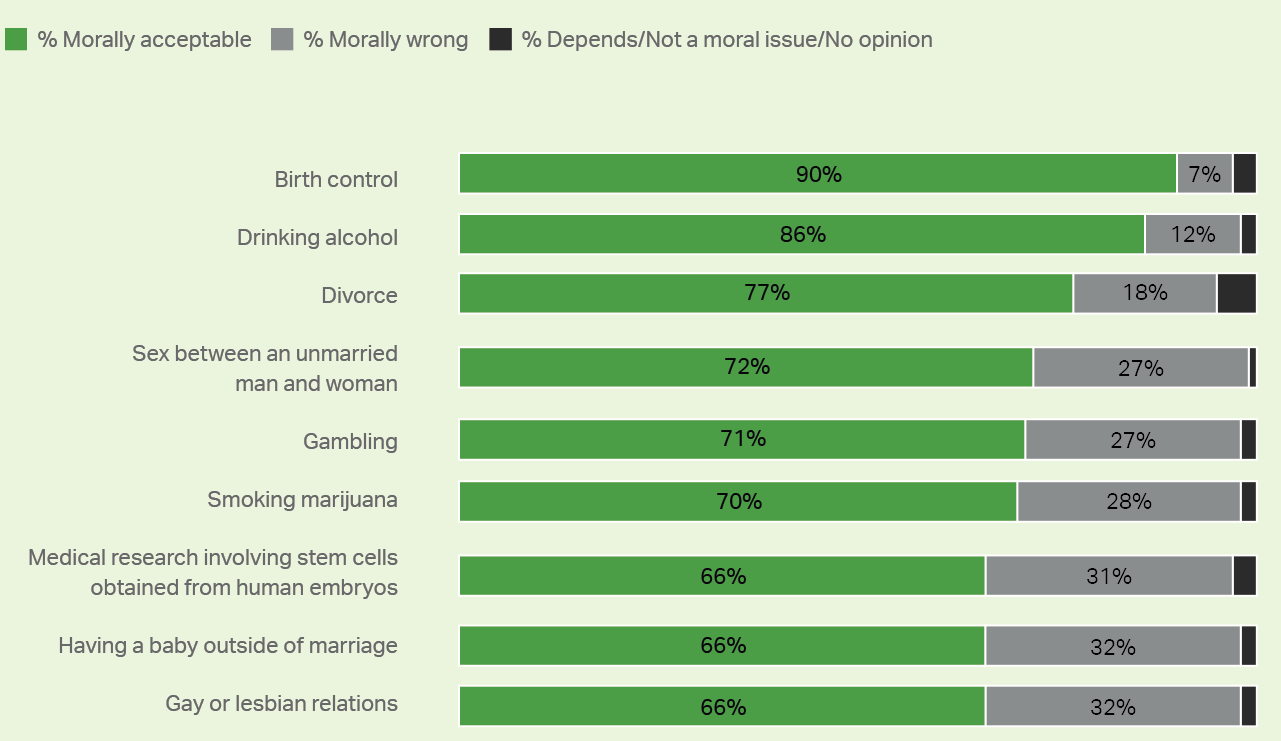 The Gallup poll in question addressed the most commonly discussed topics of debate and moral opinion among Americans. A chart published by Gallup shows the different attitudes on different subjects and activities, ranging from having an affair to the death penalty, and doctor-assisted suicide to birth control.

Of the 21 topics and issues polled, gambling was the fifth most morally acceptable activity, right after premarital sex and divorce. Birth control rates a 90% acceptability rating, and drinking alcohol comes in second place at an 86% acceptability rating. Gambling beat out marijuana smoking by one percentage point.

At the bottom of the list of morally acceptable behavior is marital infidelity, or having affairs. Only 9% of Americans polled thought it was morally acceptable, compared to 89% who did not. Gambling saw a major rise in acceptability since 2009, where the number sat at only 58% in favor.

Pollsters noted slight differences in the acceptability of gambling based on gender, age, education, race, and political party affiliation.

Males were slightly more likely than females to approve of gambling, at 72% vs 69% respectively. 76% of white respondents approved of gambling, compared to only 60% of non-white respondents. Most demographic groups polled showed little difference in approval, especially age groups. Almost every age group polled showed a rating of 70% – 71%, which is in line with the general approval rating.

There were slight differences in opinion across political lines, however. 78% of those describing themselves as liberal found gambling acceptable, while only 61% of conservatives approved.

The education level of those polled showed some differences in opinion as well. 78% of those with some college education viewed gambling as morally acceptable, while only 75% of college graduates agreed. Those with high school education or lower polled at a 62% approval rating for gambling.

The past decade has seen a general relaxing of moral acceptance across the board. In the not-so-distant past, gay marriage and marijuana were considered immoral and/or illegal; now they are widely accepted across the U.S. Gambling has also shown a rise in acceptance on par with its slow legalization. Tribal casinos enjoy gambling, and sports betting is on the rise, especially after the law against it was overturned in the past few years.