Ubisoft is a Canadian company that produces video games. Ubisoft has announced it will alter some of the maps and other references on one of its most popular games. Parents and consumer groups complained the game has many references to sex, many violent scenes, and allusions to gambling. Parents say these issues are troubling in a game intended for teenagers. This marks the first time that the company has changed its mind about a game it has produced.

Ubisoft, originally a French company based in Montreal, began its life helping farmers. However, the company wanted to expand its computer network and found that computers were expensive to buy. The brothers started their own network of computers and computer supplies. Ubisoft began making computer games in the late 1980s. They have made games such as Myst and Prince of Persia. They quickly became the go-to game makers for scenarios inspired by Tom Clancy novels. They created games such as Ghost Resort and Splinter Cell. It is estimated that the series Rainbow Six has over 100 million subscribers for the series. Rainbow Six Siege alone has over thirty million viewers and subscribers. In addition, Rainbow Six Siege has options for in-game purchases, including loot boxes.

Rainbow Six Siege is a shooter video game. The premise is the narrative of environmental regeneration or destruction. The game has multiplayer modes or can be played as a single mode. The single-shooter camera focus allows players to feel like they are the game. Rainbow Six Siege games are centered on a group of recruits. The recruits are going through training to prepare them for meeting and fighting the White Masks. The White Masks are a terrorist group bent on environmental destruction. The leader, called Six, establishes a special forces unit from operatives all over the world to combat the terrorists. They must disarm the bombs and eliminate the enemy. There are also scenarios in which chemical attacks take place as well. 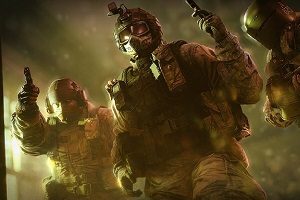 Part of the criticism with the format of Rainbow Six Siege is the “game as a service” approach. The company is going to provide long-term support for the game. They will also continue to release content to ensure the players stay interested. Critics have supported the games new features. The features include punishment for cheaters, and removing players from a multi-player match when they engage in friendly-fire on purpose. There has been criticism also.

The largest criticism to date has been the introduction of “Outbreak Packs” in January 2018. These “Outbreak Packs” are loot boxes which can either be purchased or earned through the course of the game. Critics have stated these are akin to gambling, since players do not know what will be in their loot boxes.

In addition, the company began to offer additional game packs. These packs have also sustained criticism. First, there is (according to critics) excessive sex and violence in new packs as part of their global mapping strategy. Second, critics have noted that it seems there is an increasing amount of gambling references in the games. Critics feel such references are inappropriate for a game rated 18 and under. After listening to criticism, the company decided to make some changes to the game. It will remove some of the sexual references and violent content, and make the loot boxes easier to come by. Ubisoft is hoping the changes will be enough to satisfy the critics and make the customers happy as well.