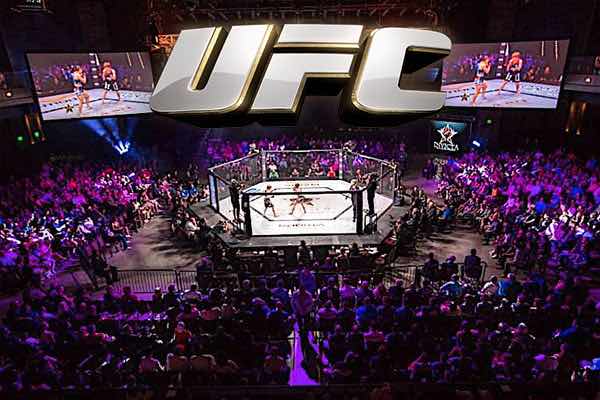 In what fans and experts alike are already calling the biggest night for the UFC, this Saturday, October 6, “the Notorious” Conor Mcgregor will fight undefeated UFC Lightweight Champion “the Eagle” Khabib Nurmagomedov.

This highly anticipated fight, which will take place at the T-Mobile Arena in the Las Vegas Metropolitan Area, is capturing audiences all over the world, as it will be McGregor’s first fight for the MMA promotion in just under two years. 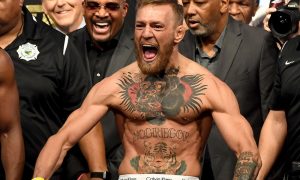 In 2017, Conor McGregor made headlines with his professional boxing debut as he took on the now retired, future hall of famer Floyd Mayweather Jr. in what was dubbed the “Money Fight.”

McGregor lost his first and only pro boxing bout via a 10th round referee stoppage. Despite losing however, McGregor is reported to have earned around $100 million from the event, according to Forbes.

McGregor’s absence from the UFC led to his Lightweight Championship belt being vacated by President Dana White due to inactivity. 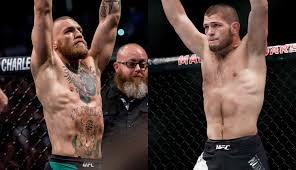 Meanwhile, during McGregor’s absence, Nurmagomedov has been making a name for himself as one of the promotion’s elite fighters.

Fast forward to April 2018 – during fight week for the UFC 223 event, Nurmagomedov and his team physically bullied one of McGregor’s training partners, Artem Lobov, over a personal dispute.

In April 5, just two days prior to the main event, McGregor made international headlines when he threw a hand dolly at a tour bus in which Nurmagomedov was sitting. The assault caused injuries to some UFC fighters, sparked outrage, and led to the arrest of McGregor by the NYPD.

The Irishman was fined $50,000, released on bail, and is currently on probation and eligible to fight and perform media obligations for the UFC promotion. Nurmagomedov, who was on the UFC 223 main card, won his bout against contender Al Iaquinta for the vacant Lightweight Championship belt and was crowned the champion.

In early August 2018, the UFC 229 fight lineup was announced, with Nurmagomedov vs. McGregor for the main card, to the awe of MMA fight peers and fans.

The fight is now only days away, and both fighters’ training camps believe that both men are ready for war.

McGregor, who has not fought a professional UFC bout in nearly two years, has exclaimed that he will knockout out his “glass-jaw” opponent, while Nurmagomedov on the other hand, vows to “smash” McGregor. 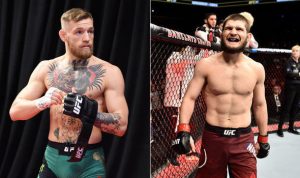 Undoubtedly, the flamboyant and outspoken McGregor has changed the sport of professional mixed martial arts due to his continued success in and outside of the ring. He is currently one of the UFC’s biggest names, and boasts a sea of followers in his native Ireland and around the world.

He has helped build more pay-per-view buys for the UFC than any fighter previous. Saturday night’s bout is anticipated to break all the records.

Dana White recently announced that the upcoming fight currently is “showing 3 million pay-per-view buys”, a record for the company.

Interestingly, Vegas odds makers have the undefeated Nurmagomedov as the favorite to win. The Dagestan mountain man has been actively dominating his opponents, has never lost a fight inside the UFC out of 26 professional bouts, and more incredibly, has never even lost a round.

What makes this match-up so interesting, is not only the two opponents’ personal disputes and hatred for one another, but their fighting styles.

Nurmagomedov repeatedly has been named the best grappler in the UFC, while McGregor consistently has displayed significant punching prowess with vicious knockout blows in his previous UFC fights. He is arguably one of the most loved, and hated, fighters of the sport.

Will the Irishman prove his claims of being the greatest UFC fighter in history, or can the Dagestan native shut him up?  Who do you think will win?

TALE OF THE TAPE