A husband in the UK who has been described as “controlling” fatally stabbed his wife after an argument about gambling debts and a mortgage. He has received a life sentence.

David Pawluk, 59, and Margaret Howlett were married in 2017. Pawluk was a taxi driver from Alexander Street, Casteton. He met Howlett at her place of employment. She was a bookmaker, and he was a regular at the establishment where she worked.  The couple had plans to purchase a bungalow and selling their Rochdale, Greater Manchester home. Police said that the relationship “quickly deteriorated” and Pawluk stabbed his wife to death following a row.

He was sentenced to be jailed at Manchester Crown Court for at least 16 years and eight months.

Howlett’s friends started to become for her safety when her husband started exhibiting controlling behavior. Pawluk admitted to the murder.

Howlett admitted that she no longer loved Pawluk when talking to a friend this past March. She also confided that she only had £4,000 left of her £24,000 savings. 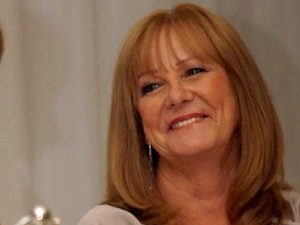 In the days before Pawluk murdered Howlett, one of Howlett’s colleagues at the betting shop noticed that Pawluk had lost hundreds of pounds from betting. This information was submitted to the courts. Pawluk also sent a text message to a friend, stated that he needed a solicitor to arrange a divorce from Howlett. Pawluk’s name was not on the deeds to the house that the couple lived in.

A witness heard Pawluk shouting at his wife and calling her a liar, on April 10 inside of their home. The witness said that it sounded like “he was going to kill her.” Two days later, Pawluk turned himself into the Rochdale police and admitted that he’d stabbed his wife in their kitchen.

When officers found her body, they saw that she’d suffered multiple stab wounds in the neck.

Duncan Thorpe, senior investigation officer of the Greater Manchester Police, stated: “Pawluk brutally murdered an innocent woman whom he had married only months earlier. What began as a happy married quickly deteriorated.” Thorpe confirmed that the couple often argued about Pawluk’s gambling problems. They also butt heads over the ownership of the home they resided in.

Thorpe further states, “in the short time they were together, it is clear that Pawluk was very controlling. His behavior escalated and resulted in tragic consequences.”

Another Husband Receives a Life Sentence

Unfortunately, Margaret Howlett is not the only woman who had died at the hands of her husband and a gambling-related dispute. Another man, Paul Abbott, has also been jailed for life after murdering his wife with a hammer.

The couple split in 2015 after being together for almost 30 years. Abbott promised to curb his gambling habit, but went back on his word and lost £11,000 at a casino. He then confronted his wife, Jacqueline at the Netherton, West Midlands family home on December 11, 2016. He’d heard that Jacqueline was planning to go out that evening with a friend.

It is believed that the couple started fighting in a bedroom of the home when Jacqueline told Abbott that she sold a ticket of his on eBay.

Paul Abbott was described as controlling by family members and friends, and had a history of domestic violence. He hit his wife in the head with a hammer. She tried to escape, and he followed her into the back garden where he continued to strike her until she died.

While fighting for her life, Jacqueline activated the panic alarm in the hallway of the home. Law enforcement later found that the home was covered in blood. Abbott silenced the alarm by punching an override code in, because he didn’t want to “alert the neighbors.”

After the murder, Abbott fled to a relative’s house, sweating and nervous. He had blood on his hands and shoes, but told his family that it was paint. Shortly afterward, he returned to the scene of the murder, where West Midlands Police arrested him.

During an interview, Abbott claimed that his wife tried to attack him and scratched his face. He says she “accepted lashing out with a hammer after losing the plot.” Detectives for the West Midlands Police Department rejected Abbott’s claims. The department has pushed for Abbott to be sentenced based on the fact that his violent outbursts date back to the 1990s.