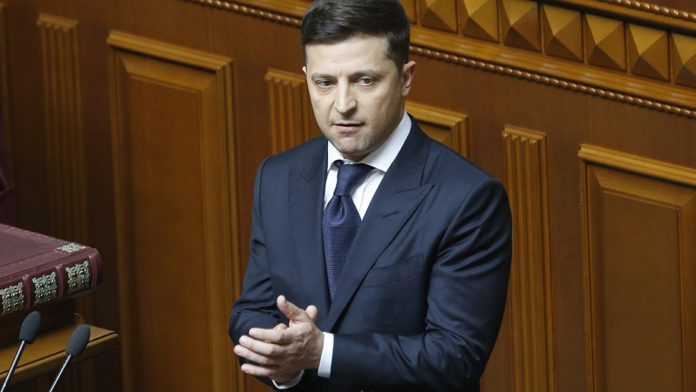 Ukrainian President Volodymyr Zelensky wants to re-legalize gambling in Ukraine, specifically in the Black Sea area. Gambling was once legal in Ukraine, but was banned in 2009. Since then, efforts to re-establish gambling in the region have been interrupted by civil unrest in the country in recent years.

President Zelensky has announced that he wants to legalize gambling once again in Ukraine, after a 10-year ban on gambling in the country. The announcement came during the President’s visit to Turkey, in an effort to court the country as a prospective casino development partner.

“We will legalize gambling, namely, the operation of casinos in five-star hotels, which will stimulate the development of the region’s tourism cluster near the Black Sea. We also want to grow together here. Therefore, we want to see Turkish businesses as our partners rather than competitors,” Zelensky said during his official trip.

Zelensky also supports the legalization of prostitution and marijuana in Ukraine, leading to the opinion that the President wants to develop his own Sin City in the Black Sea region of Ukraine—a Ukrainian Las Vegas of sorts.

After a gambling hall in Dnipro, Ukraine caught fire in 2009, nine people were killed in the incident. The tragedy prompted the government to ban all gambling halls and casinos—even online gambling. But the ban did little to stop the gambling Ukrainian public, who sought their gambling action elsewhere. Almost overnight, underground casinos and black market gambling flourished in the country.

During the Ukrainian Crisis of the past 5 years, the government has had its hands full with more pressing topics than illegal gambling halls. Several attempts were made to re-legalize gambling in Ukraine since the ban; none of them have been effective.

The Black Sea coast in the Odessa area has long been called the Red Riviera, as tons of tourists from the former Soviet Union once flocked down to the Black Sea resort region for sun, sea, and sin. But after the dissolution of the Soviet Union and the Ukrainian gambling ban, the area has been in an economic slump.

During Zelensky’s visit to Turkey, media sources reported that Turkey had also been complaining of its own people crossing over to Georgia for gambling tourism, noting the loss of potential income. The combination of 2 countries hoping to possibly work together on casino projects along the Black Sea coast looks promising.

“Let’s develop the Black Sea tourism brand in the world together,” Zelensky said.

It’s no secret that gambling has positive economic impact on regions which legalize it. This explains why tribal casinos have prospered and boomed over the past 2 decades, and why many areas of struggling U.S. states are now legalizing gambling. People will gamble, this is a fact. So why not keep the gaming money at home?

Casinos add billions of dollars in revenue to poor rural areas as well as former industrial zones in a slump. The renewed economies and revitalized communities benefit from thousands of new jobs, and states benefit from major tax revenues. While critics decry the negative impacts on a community—possible increases in crime and gambling addiction—the alternative is illegal gambling, which causes much greater crime.

People will gamble, period. Even after the Ukrainian gambling ban, millions of people still sought their gaming action—albeit illegally. Reports of businesses disguised as lottery offices running illegal gambling business ran rampant, and the Ukrainian president has decided that legalizing gambling would kill 2 birds with one stone. 1) It would take the profit motive out of illegal gambling halls, 2) all the gambling money would benefit the legal business economy instead of the black market.

Word of advice: if Ukraine legalizes gambling, don’t all go rushing to the Black Sea. Let’s face it, the region is still unstable, with in-fighting between eastern and western Ukraine, and Putin looming large over the region with that smug smirk of his. The Russophile East is more than happy to let Putin annex their region, as they have already done with Crimea.

Turkish President Erdoğan claimed that Russia’s annexation of Crimea was illegal, and shouldn’t be recognized internationally. And he should know about illegal annexation of countries. Turkey has illegally occupied Northern Cyprus since 1974. Ouch. Hypocrisy is a hard pill to swallow.

Just remember: stay out of the conflict zones when you gamble. You can always gamble online from your home or smartphone. Just sayin’.