The government of the United Kingdom published its Economic Crime Plan, which was agreed upon by the Home Secretary, and the Chancellor, as well as the Gambling Commission. The economic crime plan has the objective of setting priorities for tackling money laundering and terrorist financing. As a supervisor following the regulations for money laundering, the commission tries to endorse plans and considers contributing to the implementation. The operators are supposed to play a vital role in the assistance of the Commission and the government so they will realize the plan towards combating economic crime within the country. They also urge the operators to pay attention to the plan and touch on the risk assessments and other controls when needed. 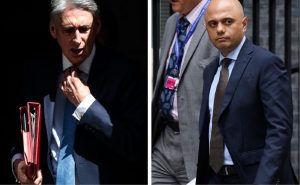 Phillip Hammon the chancellor and home secretary, Sajid David both agree on the details of the plan. It has received significant backing from legal, accounting, and financial institutions, not to mention the gambling communion. The commission states as a supervisor under the laundering regulations it endorses the plan and looks toward the contribution of its delivery. The regulatory bodies are urging the operators to pay attention to the plan and adjust the level of risk assessments and other controls. The operators are going to play a role in assisting and putting a stop and change the plan to action. The public and private sectors have a joint vision when going forward. According to the statement, for the public and the private sectors to give a plan defending the United Kingdom from economic crime, it has to support the UK economy. Several priority points have been initiated to be the main barriers in the combating of economic crime.
Barriers reflecting the barrier to economic crime
In delivery, some priority areas were set to indicate the obstacles reflecting the barriers to combating corruption. This also concerns where it is seen as the scope for collaborative work between the public and private sectors. They include developing a greater understanding of the threat created by the crime and the performance in tackling the crime. The other one is making sure the tools and powers of law enforcement are as useful as they need to be. Thirdly, there needs to be better resilience to the economic crime through improving the management of the risk within the private sector and the supervisory approach. There also needs to be an improvement of the systems for transparency in ownership. The home office is giving an estimate of the economic and social cost of fraud is up to 4.5 billion pounds every year.

As one of three statutory supervisors monitoring laundering and counterterrorist financing, the gambling commission is going to support the task force. This pertains the development of the actions concerning risk management, digital identity, and enhancing the cooperation networks. The gambling commission made it clear that the operators would play a key role in assisting the government realizes the step change towards the combating of the crime in the country. They urged the operators to pay attention to the plan and amend the risk assessment and policies when needed.
The commission is allegedly going to play a role in improving overseas abilities, and there is a focus on helping nations deal with economic crimes. As part of it, the commission may have to collaborate with the financial conduct authority and the revenue and customs department. It is going to include the development of links between the professional supervisors as it is sharing the understanding of risk, and the experience in the UK. The operators are going to play a role in assisting the commission. Similarly, the government is going to realize the plan for tackling crime within the country.