The leading gambling companies in the United Kingdom are soliciting the government by an increase of funding towards addiction treatment. That would mean an estimated 60 million pounds per year to assist with problem gambling. The companies include William Hill, Bet 365, Paddy Owen, Sky Bet, and GVC.

The move comes in the wake of significant regulation initiatives by the government aided by the United Kingdom Gambling Commission. The commission maintains there is a lax in regulating the industry, leading to the widespread problem gambling from the rising generation. This is considering the United Kingdom is the biggest gambling hub in the region.

Some are saying the levy is not enough because the revenue it is raising is allegedly not enough to assist with problem gambling. Similarly, critics are campaigning for the inclusion of all online firms in the contribution rather than just the big five. The current levy allows some organizations to pay nothing, and that means charities and the regulator will issue mandatory tax.

The digital media and culture secretary, Jeremy Wright, stated he wants the industry to step up on social responsibility and keep the players safe. That means taking the betting firms to task on funding for research and education. Others like Tom Watson from the labor party are agitating for a gambling Ombudsman should the labor party succeed in the elections. Others are not satisfied with the offer from the leading gambling firms, hoping for a larger pound of flesh that will secure more revenue for the government in the form of overall levies. 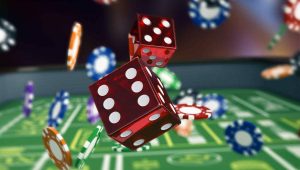 A spokesperson for the five significant operators, Peter Jackson, stated it was an unprecedented level of collaboration with the leading firms in the British gaming sector. This was to address the potential harms and to create safer guidelines for gambling among the youth. He stated the whistle-to-whistle advertising ban was great, to begin with. Currently, there is a significant expansion in the level of treatment. They hope to continue with several areas of collaboration and appropriate practice. The aim has allegedly been nothing less than a change in the way the industry is tackling gambling issues. The statements are somewhat defensive and a bid to quell the government offensive which is gathering speed.

The gambling organizations do not want it to reach a point they are no longer able to correct the narrative. Of course, the government is not going to hesitate to take more action to protect individuals from gambling-related problems. The offer is a final effort from the major operators to control a situation, which could turn very badly for them. The tobacco and alcohol firms had a similar initiative move on them courtesy of the government.

They were not successful in controlling the negative sentiment resulting in stripped sponsorship. Significant firms can no longer sponsor tobacco brands on media platforms. The effects of these industries are not as harmful because people will not stop using these products. Online gambling is another thing. Scottish MP Cowan was correct when calling it a bribe to calm campaigners and government from creating a clear levy.

The BBC first reported the agreement is not yet finalized and would be phased in within the next few years. Taxation is not to be mandatory, and there is no involvement from the other organizations in the industry. There are signs the government will accept the offer. Bradford from Safer Online Gambling campaign claimed it was a step in the right direction. He is calling for a cultural change, as well, from the main operators to protect addicts.