Mississippi’s coastal casinos are already recording impressive increases in their gross gaming revenue even before the annual summer tourists start coming to the region.

The Sun Herald published on Saturday the official figures that are reportedly from the Mississippi Department of Revenue. According to the report, Mississippi’s aggregated gross gaming revenue has hit an all-time high record of $184 million. This is a 5 percent increase compared with last year’s gaming revenue and is, in large part, because of April’s takings. The month of April saw record results from the gambling venues on the state’s coast.

This revenue puts the results higher than the record set in 2007 when a large number of volunteers and contractors flooded the area to help with the cleanup efforts after Hurricane Katrina. The takings for that year were in excess of $1.3 billion and record gaming revenue for the same period of $107.2 million was achieved. April’s gaming revenue was 1.3 percent higher than this previous record. 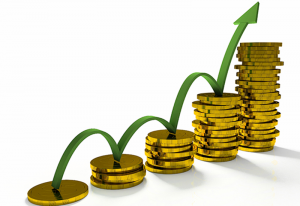 According to the report, the 12 casinos found along the Gulf Coast have seen a combined 9 percent year-on-year rise in gaming revenue coming to a total of $108.6 million as of April 2018. This is 9 percent higher than the revenue recorded for the same time period last year. This means these casinos, found in Harrison and Hancock counties, have recorded aggregated gross gaming revenue of $407 million, which is a 0.7 percent increase to last year’s $404 million.

With this upturn and the loosening of the gaming restrictions because of the overturning of PASPA, the coastal casinos will hopefully continue to experience an upturn in their gross gaming revenue. This upturn, however, is not experienced across the entire state.

Casinos on Mississippi’s northern riverboats have not recorded any increases. Theirs is quite the opposite. Their aggregated gross gaming revenue for the month of April is $74.8 million. This is because they experienced a 0.9 percent fall in a year-on-year comparison.

Just a few days after the Supreme Court’s overturned PASPA, Mississippi is already making strides toward becoming one of the first states to offer sports betting. There have been sports-betting regulations that have been proposed by the Mississippi Gaming Commission that would drastically increase gross gaming revenue in the near future. Should it approve these proposed regulations, the coastal casinos could be accepting sports bets by mid-July. 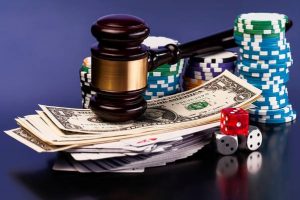 The regulations awaiting the commission’s approval include:

These regulations are not inclusive of the integrity fee, which the major sports leagues, such as the NFL, NBA, NHL, and MLB, have been pushing for and want casinos to pay.