Let’s face it. The stock market has been difficult to manage for the last 6 months, ever since the trade war between the United States and China began. In the past, casino stocks have also taken a nosedive. However, this year is a bit different. While early in 2018, casino stocks seemed to roll with the issues in Macau, and slide downward; the last month saw casino stocks rising. Many economic experts have said that they believe the growth in casino stocks is only the beginning, and they expect stocks to continue to rise. Rosier economic forecast flies in the face of Macau’s continued slow growth or even decline in some casinos—even those with US ties. 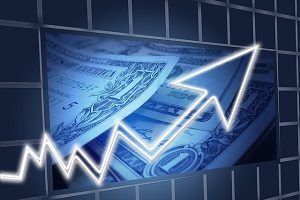 The four largest casino holdings companies in the United States that also do business in Macau had higher than expected earnings in the country for November. Wynn Resorts, Las Vegas Sands, MGM, and Melco Resorts all did better than expected in the Macau market. Macau is the top gambling market in the world, with revenues of over $30 billion a year. The peninsula is home to 38 casinos, and is one of only two places in China where gambling is legal. While Hong Kong is known for its horse betting and sports betting companies, Macau is a casino area.

Economists think there are three reasons for the surge in profits, which points to a higher profit margin for the gaming companies. First, Macau itself is beginning to turn around, and has shown growth in the last quarter. Experts think that Macau is moving forward because the gambling hotspot is beginning to realize that they must have more to offer tourists besides merely gaming. In the past, Macau has relied on high rollers for its profit margin. In fact, the majority of the Las Vegas Sands’ investment in Macau was geared towards high rollers. They made up nearly 70% of the profit margin for the company’s Macau holdings. High rollers generally came into Macau on all-expenses-paid junkets. They would gamble for a day/night or over a weekend, and never leave the casino. 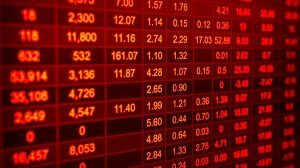 However, increasingly that is not what is happening. Macau is finally taking cues from Las Vegas,  offering entertainment and attractions as well as family fun. The area is looking to rebrand itself as a vacation destination rather than just a gambling destination.

Many economists think this is only the beginning of the rise in casino stocks. Not only is the Macau market improving, but Las Vegas casinos have also seen a rise in profits during the last quarter of 2018. The largest gambling companies have casinos both in Macau and in Las Vegas, so they are reaping the benefits of both. Also, many of the large gaming companies are beginning to negotiate sportsbook deals for their casinos in the US that promise to bring in a whole new market of gamblers to their front doors.

If economists are correct, the casino growth in the stock market should continue to look brighter heading into 2019.