Loot boxes were first used in games in Japan in the early 2000s. In the early version of the games, video game players were allowed to earn points to win extra lives or weapons in a room or in a treasure box. Because there were treasure boxes to loot in many of the games, the prize areas were called loot boxes. Originally, loot boxes were considered an extra for games, but companies began to realize how valuable purchases could be. Gradually, video game manufacturers began to make extra rooms, prizes, lives, characters and equipment available for purchase. However, increasingly video game and app creators made loot boxes more difficult to get for gamers.

Gamers first began to question video game and app creators when Star Wars Battlefront 2 came out in the spring of 2018. While there had been some accusations of high prices on loot boxes, Star Wars Battlefront was one of the first games to make loot boxes function with a random number generator. This function puts loot boxes on the same scale as slot machines, because slot machines use random number generators to decide which spin wins and which spins don’t win.

The notion that loot boxes could function as a type of gambling becomes a problem, especially in those states where gambling is illegal. The other problem in many states is many sites have cropped up online that allow gamers to take their loot boxes and sell them for cash or cryptocurrency.

Both the European Union and the Australian government have begun investigations on loot boxes.

There are several issues the FTC will be looking at during their investigation. First, they want to look at whether or not loot boxes are gambling according to state and federal laws. Second, the FTC wants to investigate whether loot boxes encourage gambling behavior. Several university studies in Europe and Australia have noted that preliminary studies indicate when children use loot boxes extensively growing up, they are more likely to gamble. Also, experts have testified that loot boxes and other in game purchases represent a profit in the tens of billions of dollars. 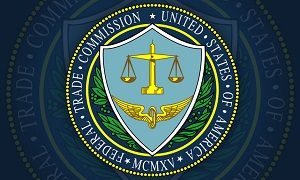 The Federal Trade Commission is the consumer protection arm of the federal government. In the past, the FTC takes months to investigate complaints, and then it reports its findings to the government. After the investigation is complete, the FTC can either ask Congress to work on legislation or it can choose to pass regulations on its own. It can also take action against the business, and take the business to court. The commission has already written the gaming industry asking it to review its practices regarding loot boxes. However, all the video game industry did was to place warning labels on future sales of video games, warning consumers about loot boxes.

Other countries have already proposed regulations. For example, the Australian government is currently looking at legislation to ban loot boxes entirely from all video games and apps. This would be the first country to issue a ban on the boxes entirely. Other Western European countries, such as Belgium, are also looking at a ban as well. It is also possible that the European Union may issue a ban as well, which would mean a substantial profit cut for the gaming industry. The industry has increasingly relied on loot boxes to boost profit margins.