The Supreme Court and PASPA 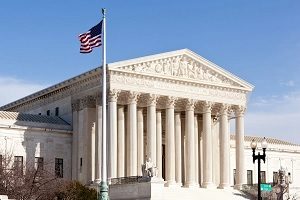 In May of 2018, the Supreme Court ruled that the 1992 federal law called the Professional and Amateur Sports Protection Act was unconstitutional. The PASPA outlawed all sports betting with the exception of four states that already had it. Nevada was the only state where single sports betting was legal. The Supreme Court ruled that the federal government did not have the power to control commerce in the states. In the case of sports gambling, New Jersey argued that gambling was a form of commerce, because it was taxed, and contributed to the state’s revenue stream.

The Problem as Seen by Sensenbrenner 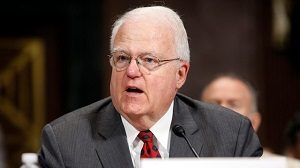 Sensenbrenner pointed out that it is his job to be concerned. He is the chair of the House Subcommittee on Crime, Terrorism, Homeland Security, and Investigations. However, the committee did not seem to have a focus at the time, and became enmeshed in a debate over other forms of gambling. Many members of the subcommittee want further regulation by the federal government in all forms of gambling, not just on sports gambling.

The Wire Act and Further Regulation

As with many things in Washington these days, Congress has two different opinions on the legislation of sports gambling and gaming in general. Many members of Congress feel that it is important to legislate some rules for gambling that protect consumers. The Federal Wire Act, first passed in 1961, outlaws the transmission of money or bets via wires. The act has been used to prohibit gambling across state lines via the Internet, and has also been used to prohibit applications on mobile phones and tablets from gaming. However, companies have found a way around the law in many different ways. Some companies are offshore of the United States, and are not subject to the law. Other companies offer free gambling apps for prizes rather than money, which the law does not cover.

States that allow mobile gambling and/or sports gambling are restricted to how they can have online gaming. They have to restrict it to their state only, or it would violate the Wire Act. Many legislators have said that the Wire Act is outdated and needs to be replaced to protect consumers. However, others have said that the act should be done away with, as gambling is a state problem, not a federal one.

Sensenbrenner has called for the Department of Justice to issue guidelines regarding sports gambling, as well as the Wire Act. He has several social welfare advocates on his side, including the Coalition to Stop Internet Gambling and Gamblers Anonymous. In addition, the representative has the backing of powerful Congressional leaders, including senators from New York and Utah. Many Congressmen want to focus on larger issues facing Congress in 2019, including immigration, terrorism, and trade.