According to a recent poll, seven in 10 Americans would watch more sports if they could bet on the games. This gives rise to the success of the newly-minted sports betting laws in the United States.

The New Sportsbook Laws in the US 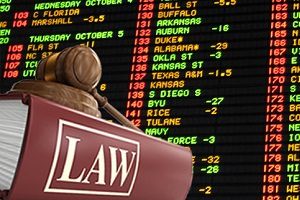 The state of New Jersey, who wanted to be able to have gambling at their Atlantic City casinos, sued the federal government. The state began its quest for legalized sports in 2012, when it began the lawsuit to overturn the Professional and Amateur Sports Protection Act (PASPA). PASPA was passed and signed into law in 1992. The Supreme Court ruled in May that the federal government could not make decisions for sports gambling in the states. Since the Supreme Court ruling, several states have legalized sports gambling. Nevada(which had sports gaming already), New Jersey, Delaware, Rhode Island, Pennsylvania, West Virginia and Mississippi all have legalized sports gaming.

The survey was conducted by the Stillman School of Business at Seton Hill University in New Jersey. The Seton Hall Sports Poll asked 1000 people in the demographics of 18 to 29-year-olds several questions related to sports gambling and their interest in sports.

The sports poll found that of the adults surveyed, 88 percent of them said they would find a sport more attractive if they could bet on it. The adults said they would watch more live sporting events in person and on television if they were able to bet on the outcome of the sport. 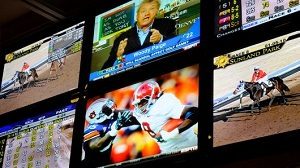 While this finding by Seton Hall was important for the future of sports betting in the United States, it was not the only result that was interesting for sports betting companies. Forty percent of the participants in the study said that they approved of the Supreme Court’s ruling on sportbooks. The approval of sports gambling was more popular among men than women. While 52% of men were happy they could place bets, women were not as sure. Only 28% of the female participants were excited to place a sports bet now that it was legal. In addition, over 50% of participants believed that sports betting should include college and professional sports.

The results of the Seton Hill poll correspond with the results of an earlier poll conducted by the National Research Group and CBS. Their poll, which also surveyed over 1000 people, had many of the same results, with a wider age grouping.  The NRG-CBS poll found that 60% of those adults surveyed approved of sports gambling for the United States. The results were comparable to those Americans who favor leniency on other social issues. For example, the same poll found that most adults feel gay marriage should be allowed nationwide (65%) and legalization of marijuana (63%). The same poll found that less than half of the participants surveyed were in favor of using some of the proceeds from gambling to pay college athletes.

As with the Seton Hall survey, the NRG-CBS poll found that men were more likely to approve of sports gambling than women were. Sixty-nine percent of men surveyed said they approved of sports gambling, compared to 51% of women.