Why the Change in Attitudes in Virginia? 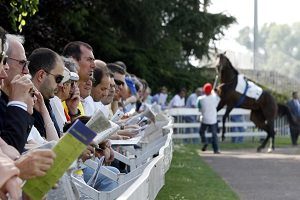 One reason for the changes in attitudes in the state is that surrounding states are seeing a serious uptick in the revenue streams in the state. For example, neighboring West Virginia and Pennsylvania have raked in hundreds of millions of dollars in gaming revenue since they have begun to allow gambling in the mid-2000s.

Currently, Virginia represents one of 11 states where casinos are not located. Many of these states, such as Georgia and Alabama, are located in the South, while others are located in the Western United States. Data going into Virginia demonstrates that gamblers who live in Virginia are leaving the state to gamble in either Maryland or West Virginia. Not only are the gamblers gambling in the Border States, but they are also spending money in those states in entertainment, food, and shopping. Sportsbooks in West Virginia are also popular, taking in over $10 million in revenue within their first month of operation. Virginia is seeking that kind of revenue to make up for revenue shortfalls in the state.

The Governor and the Legislature 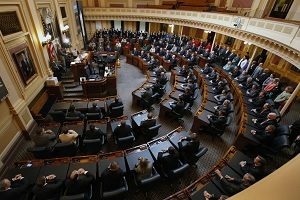 Many legislators are in favor of increasing the amount of gambling in the state, because it wants to increase revenue streams for Virginia. Legislators also said that they want to increase tourism to the state, especially in areas that are outside of the popular beaches in the state. The beaches regularly draw crowds on their own, but other areas of the state could benefit from additional tourism dollars. These dollars could also be a benefit to the state.

Both the legislators and the governor have stated that other forms of gambling should be considered. However, recent statements by the governor mark the first time that he has moved favorably towards gaming in the state. The governor has advocated forming a commission to study how and where gambling should be phased into the state. The commission would also study what forms of gambling would be best for Virginia as well. The governor is advocating for gambling responsibly for his state.