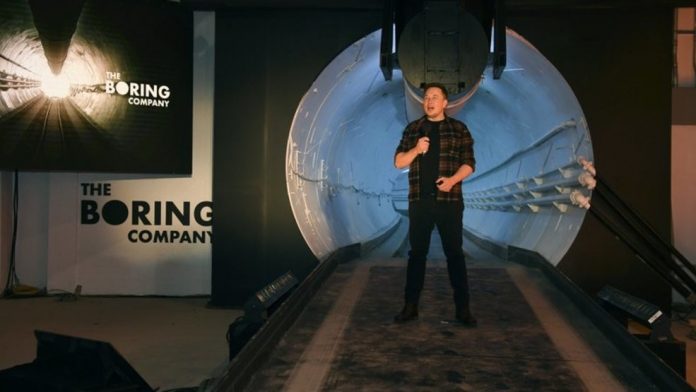 Elon Musk and The Boring Company received initial approval from the LVCVA to begin plans to build an underground transport network in Las Vegas. The new network will link the convention center and Resorts World initially.

The Boring Company is another brainchild of billionaire inventor Elon Musk. When he’s not building super-charged electric Tesla cars or shooting rockets into space, he’s tunneling under Las Vegas.

Or at least that’s his new plan: an underground tunnel for rapid transit between major convention centers and Las Vegas Strip resorts.

Eventually, the network will expand to serve Las Vegas International Airport as well.

According to the Las Vegas Review-Journal, the Las Vegas Convention and Visitors Authority (LVCVA) has given an easement agreement to The Boring Company to facilitate the completion of the transport tunnel.

Naturally, Musk’s people movers will be electric vehicles. The underground shuttles will whisk visitors to and from various Vegas hotspots, with drivers for the first few years, and becoming driverless in the future.

The whole idea was designed to ease traffic congestion on the Vegas streets, and to save drivers of convertibles from exposure to deadly desert UV rays. Maybe.

In a clever play on words, The Boring Company bores tunnels but also sounds like sheer drudgery compared to electric sports cars and rocket ships. However, the road to the travel tunnel is already fraught with peril.

Lawyers will point out that one of The Boring Companies has an LLC tacked on the end. Isn’t that enough of a distinction? It worked in the case between The Winklevoss twins and Zuckerberg.

The Facebook was the twins’ invention (though Mark did all the heavy lifting), so Zuckerberg just dropped ‘The’ to hatch Facebook. The jury rests. They also gave Zuckerberg the win because his last name was slightly less ridiculous than Winklevoss.

The case ended with a tasty settlement for the twins. And a global social media empire for Mr. Z.

For the Boring case, we imagine that Musk will simply gobble up the smaller Boring Company, aka ‘buyout.’ Or they could go full Thunderdome: two Boring Companies enter; one Boring Company leaves. We’ll take the betting action.

The final outcome still teeters on a mountain of paperwork between Musk and his travel tunnel. The bureaucrats predict all is good unless there are some surprises along the way. 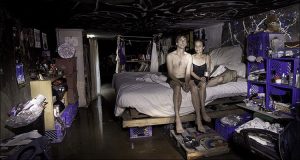 What kind of surprises do they mean? Accidentally meeting the existing tunnel people of Las Vegas?

If that’s the case, Mr. Musk can buy them out as well. Give them all a hotel room on the Strip, we say. For a tasty settlement fee, you can even buy them out of their name and call your new company The Tunnel People.

We also want a cut if you decide to use that name, Elon.