Seeing the massive revenue increases in gambling in West Virginia and Pennsylvania, the state of Virginia is looking at improving its gambling profile. This marks a historic reversal for the state, which has historically only been willing to have gambling related to horse racing.

Horse Racing and That’s All

Virginia has been part of the horse racing scene since colonial days. Men would raise, race, and breed horses on their plantations and farms on makeshift dirt tracks. As long as there have been horse breeding and horse racing in Virginia, there has been gambling on horses. However, the Virginia General Assembly has not been interested in increasing the amount of gambling in the state—until now.

The Increasing Interest in Gambling

In fact, Virginia is already suffering. The state has found it more and more difficult to make up revenue shortfalls. While other states around Virginia have come to rely on other revenue streams, such as gambling, the state has refused to budge.

The two closest states to Virginia, Maryland and West Virginia, have already ramped up their gambling revenues. Data from both Maryland and West Virginia show that gamblers are leaving Virginia in order to spend money elsewhere. Maryland’s new casino, MGM National Harbor, is the closest casino to Washington, D.C. The casino offers 140,000 feet of gaming space, and over 300 rooms. There are also shopping areas and fine dining. However, the casino has found that much of its traffic comes from day trippers who leave for their homes when they are finished gaming. 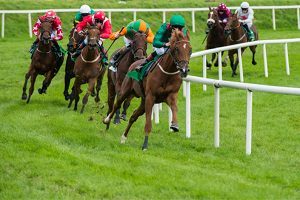 In addition, West Virginia offers casinos as well. While none of them is on the grand scale of the National Harbor casino, West Virginia does have something else to offer. Sports gambling became legal in the state in time for football season in September. West Virginia reported that the sportsbooks in the state made over $10 million in revenue in the first month they were open.

In the past, Virginia legislators have been reluctant to act on increased access to gambling in the state. The view of the General Assembly has been that Virginia either opposes additional gambling because of religious beliefs and conservative values. There has also been the impression among legislators that Virginia is somehow above gambling as a recreation—unless it is horseracing.

The more conservative members of the General Assembly are facing increasing pressure however. In 2017, West Virginia saw nearly $500 million in gambling revenue. Maryland recorded nearly the same amount. This translated into hundreds of millions of dollars for the states’ coffers, which was needed by both.

In contrast, Virginia has been facing increasing calls to find other sources of revenue. Citizens are reluctant to pay additional taxes to the state. Several members of the General Assembly have said they will introduce legislation to permit casino gambling in the state, as well as sports gambling. If the legislation passes, Virginia will be fought over as one of the newest casino destinations. The state could also look forward to additional tax revenue. If the legislation fails however, there may be a backlash from citizens who want additional services without having to pay for them.