The governor of Virginia has proposed a study that would look at how the state should move forward with gambling plans. While on its face, this looks like a promising deal, in reality, many pro-gambling legislators see it as a stalling tactic in a state that is notoriously behind its neighbor states with regard to gambling. 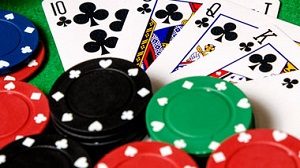 Virginia has historically been opposed to gambling. While horse racing has been in the state since colonial times, the state was not gambling friendly. Several different casino projects have started and then been shuttered. So far, the only type of gambling that has had a role in Virginia’s economy has been racetracks.

However, the move towards adding additional gambling has been on the horizon, especially in New Kent County, which is a rural area east of Richmond. The county is one of the fastest growing counties in the state. Colonial Downs, a defunct racetrack in the county, is scheduled to reopen in 2019. While the General Assembly voted to allow horse racing expansion and off-track betting, the owners of Colonial Downs are looking for more. The new owners of the racetrack are pushing the government to allow it to have slot machines at the track.

There is also going to be new federally legislated gambling that the state of Virginia cannot touch. The Pamunkey Indian Tribe has made plans to open a $700 million casino resort, possibly in the fast-growing New Kent colony.

The Growing Press for Gambling 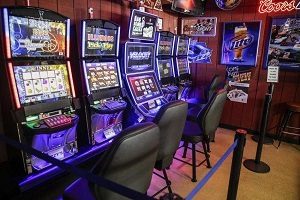 In addition to the increased pressure from racetracks to turn into racinos, the state is also facing the pressure from Virginians to increase the revenue flowing into the state. This is especially true in the areas close to Maryland, Washington, D.C., Pennsylvania, and West Virginia. All of these areas have casino gambling. Pennsylvania and West Virginia have sports gambling, and Pennsylvania has online gaming as well. The MGM National Harbor in Maryland just outside Washington, D.C. has made enormous amounts of money since its grand opening. All told, these casino states, which are surrounding Virginia, means that there are hundreds of millions of dollars in the coffers of other states that should be going into Virginia.

This is largely because the study proposed by the governor will take a long time to complete, and cost a lot of money to begin. The study, which is expected to cost nearly $200,000, will be conducted during 2019, and the final results are not expected until November of 2019. If this dateline holds, the results of the study will not be available until the end of the year, and the General Assembly will have to wait another year to make decisions on gambling.

This is about a year too long for many business owners, who want something to happen this year, as do legislators. They believe that every year they do not get gambling in the state is a year they are losing revenue to neighboring states. It will be interesting to see how the battle between the governor’s new plan and the legislator’s desires means there will be a compromise.