Bristol is a small town of fewer than 20,000 and sits on the state line between Virginia and Tennessee. It is in the Appalachian Mountains, which is a very rural area. The area had one mall, the Bristol Mall, but it closed in 2015. However, a group purchased the mall site with the intention of, perhaps, turning it into a gambling casino.

In its heyday, the Bristol Mall was the regional shopping hub of the area after it opened in 1976. The mall had more than 20 stores and eight restaurants. The area has an affinity for country and bluegrass music. Therefore, the mall also contained a country music museum devoted to the artists in the area. However, in the early 2000s, the mall began to decline. In 2015, it went into foreclosure. Stores continued to leave the mall until 2017 when the only occupant left was an educational store. It has gone through several financial ideas, including a cannabinoid production plant. However, there is a new idea for the mall property: a gaming complex of more than 450,000 square feet.

The group that acquired the mall property discussed the possibility of opening a casino in the location. It asked a lobbying group to approach the Virginia General Assembly for permission to open a casino. The group cites the economic impact it would have on the area as the reason. The group has stated that the casino project may lead to 2,000 jobs and an economic impact worth hundreds of millions of dollars. The Bristol City Council supports the project. 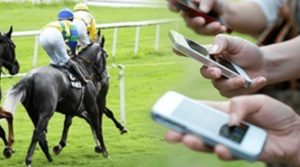 The casino idea in Virginia may have an uphill battle with the General Assembly. Virginia has historically been a casino-free state. There are no casinos in the state at all, not even Native American ones. The only gambling allowed is to the state lottery and horse racing, as well as pari-mutuel betting on racing. Online gaming is also not allowed. The Bristol group has stated its knows getting the legislature to agree to gaming in the state is going to be difficult. However, the surrounding states of West Virginia, Maryland, and Pennsylvania all have casino gaming. So, it is possible that Virginia may see the positive economic impact of casino gambling. In West Virginia alone, the gaming revenue exceeded $1.5 billion. Casinos currently operate in 39 states.

The site has 450,000 square feet of space, and preliminary plans call for adding both slot machines and table games. There is also room for restaurants and a nightclub. Part of the plan is to include the country music museum in the casino as well. And, that has pleased some members of the City Council.

The casino idea may face a challenge not only with the legislature but also with the Pamunkey Indian tribe. The tribe wants to operate a casino in New Kent. Critics have pointed out that while the casino will bring revenue into Bristol, it might also negatively affect the economy. According to legislators, the casino may also lead to an increase in crime and possible problems with compulsive gamblers.

There is no way to know if the Bristol Mall will become a gaming complex. The city has been looking for a way to redevelop the site. The decline of the mall has led to a general economic decline in the area. So, if the city does decide to redevelop the space, it could receive grant money for further economic development. The fact the city is considering developing a casino signals a possible change in how Virginians think about gambling.