West Virginia has a history of people who work hard to make ends meet. The state also has a history in coal and coal production. However, the use of coal as a resource has been on the decline. The state has recently been trying to capitalize on gambling and tourism to diversify its economy. Recently, West Virginia’s smallest county, Hancock County, has approved gambling. Because of its location in the state and its proximity to other states, Hancock County is ready to make a great entrance in the gaming world. 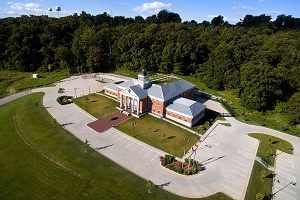 Hancock County is the smallest county in the Mountain State. It is the northernmost point of the state. It makes up the tip of the state that reaches into Ohio and Pennsylvania. About 35,000 people reside in the county. The overwhelming majority of the population works in either the coal or natural gas industries. Because of its location, it is close to Steubenville, Ohio, and Pittsburgh. Hancock County is centrally located for gambling. Its one racino – a race track and casino combination, offers a new source for jobs in the county.

West Virginia currently has seven casinos, two of which are casinos and race tracks. The state has seen a significant rise in its revenue since it legalized gambling. It reaped in $65 million in tax revenue during the first two quarters of 2018. The state legalized gambling quickly after the U.S. Supreme Court decision in May. It has slowly begun to offer sports gambling at its casinos and race tracks.

Gambling in the Mountain State

Like other states in Appalachia, the Mountain State was slow to adopt gambling. The first portion of gambling to win approval in the state was for horse racing during the Great Depression. The state added greyhound racing in 1971. However, faced with declining revenue, West Virginia decided to find other sources. In the 1990s, West Virginia approved a state lottery. The debate on whether to allow casinos in the state began in the early 21st century. After West Virginia began to allow gambling companies to build casinos, the revenue coming into the state allowed for more tourism jobs. West Virginia is a small state near cities with large populations, such as Washington, D.C., Baltimore, and Pittsburgh. So, it makes the state a prime area for gambling. By allowing sports bets and online gaming, West Virginia has continued to increase the amount of revenue flowing into it.

The casinos and racinos in the state have gradually come online with regard to sports betting. However, until recently, Hancock County had been reluctant to increase the amount of gambling inside its borders. There has been a lot of interest in gambling by people who came from the nearby metropolitan areas. The other factor was the projected revenue the county could see. Hancock County’s location and the number of out-of-state tourists who gamble there has the county poised to reap the benefits. Experts have projected tax revenue to double within the county in the next five years.

The additional tax revenue will allow the country to put in some much-needed infrastructure. Hancock County has wanted to hire some additional sheriff’s deputies, and the money would pay for police officers and equipment. Also, the county wants to provide additional services for its residents, such as job training and educational services. In addition, the county wants to have a surplus for its budget. There could come a time when life is difficult and a surplus would help maintain county personnel and equipment. No matter what it uses the money for, additional revenue for a small county like Hancock is always welcome.