The Native American tribe, the Quinault Nation, is accusing Valve of providing an enabling environment where illegal gambling flourishes. The tribe runs the Quinault Beach Resort & Casino located in Ocean Shores, Washington. The lawsuit states that Valve Software is aware of the illegal skins gambling taking place. It adds that Valve knows skins have monetary value and yet it is encouraging and facilitating the gambling.

The suit also accuses Valve of practicing unfair competition. It states Valve does not have a gambling license, but is operating in the same space with licensed operators. In order to operate within Washington, businesses must be licensed and  adhere to the stringent regulations. The suit also refers to the loot crates utilized by the gaming firm that regulators scrutinize. Regulators have been investigating loot crates as a possible form of gambling.

Skins are essentially the upgrades which players are able to unlock during a game. These upgrades are exchanged or sold for real cash. In some third-party websites, players are allowed to wager these cosmetic upgrades in games of chance i.e. gambling. A typical game involving the wagering of skins has the players involved putting up their skins as bets. The winner of the game then gets to collect all the skins in the pool. These skins have also been wagered on esports games. 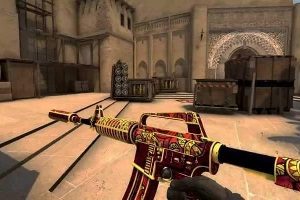 This is not the first time Valve is being embroiled in a lawsuit involving skins gambling. In 2016, a Connecticut resident filed a lawsuit against the game developer. The resident was accusing it of knowingly enabling the flourishing of illegal gambling. After the lawsuit was filed, Valve tried to shut down the illegal skins betting sites by slapping them with cease and desist letters. It, however, seems that these letters were largely ignored as they did little to curb the practice.

Although Valve is not involved in the operation of the third party sites enabling skins betting, they profit from their existence. The skins betting websites use the Valve software to enable users to buy and sell the skins. In order to use the software, the sites have to pay a fee to Valve. Skins’ betting has drastically propelled CS:GO popularity, making it one of the major esport games in the gaming industry.

The use of Skins in Betting Illegal

The lawsuit filed by the Quinault tribe states that Valve Software has been handsomely profiting from illegal online skins gambling. This lawsuit comes in the wake of the latest class action suit that was filed against Big Fish. Big Fish is a social casino based in Seattle, which has been facing legal action frequently in Washington.

The law defines gambling as any activity requiring the player to risk something of value in a game of chance. The courts have ruled that ‘something of value’ could also include the virtual chips used in the money casino.

This law may act as the defining factor in the lawsuit filed against Valve by the Quinault Tribe. The lawsuit makes mention of various skin betting class action cases that have progressed to arbitration within the state. The suit states that arbitrators decided that skins could be considered things of value. As such, the use of skins in a game of chance is not only gambling but also illegal.