Home » USA Online Casino News » What Does Adelson Have to Do With the Slowing Of Online Gaming?

For more than ten years, one of the biggest gambling magnates in America has been heavily against the legalization of online gambling in the United States. Adelson has even donated to support those who agree with his stance. Casino owners, including Adelson, have significant influence in the United States since they give substantial sums of money to (mainly right wing) politicians, which is why this form of gambling has been deemed illegal several times. However, since online gaming is growing in popularity in the United States, particularly in the way of sports betting, it’s unclear whether virtual gambling will become outdated.

After the World Trade Organization intervention in 2007, the U.S. Justice Department issued a ruling in 2011 stating that online gambling unrelated to sports betting was not against federal law.

Sheldon Adelson is behind the lobby. Adelson is the CEO of Las Vegas Sands Corporation. He is also one of Trump’s biggest donators and is heavily against online gambling. According to the Wall Street Journal, the arguments that the Justice Department used were similar to the arguments used by the lobbying group.

More on the New Ruling 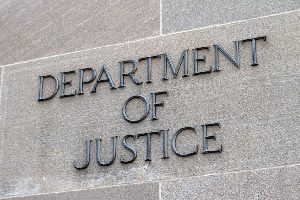 In April 2017, the Justice Department received a memo from one of Adelson’s lobbyists. The lobbyist argued that the 2011 decision was mistaken, according to the Wall Street Journal. Jeff Sessions, who was Attorney General at the time, issued the new ruling.

The Justice Department’s new ruling is a massive win for Adelson. The casino mogul has invested millions of dollars in an anti-online gambling campaign. Virtual gambling competes with Las Vegas Sands and its casinos in Las Vegas, Macau, and Singapore. In September 2018, Las Vegas Sands’ revenues were $13 billion. Adelson’s estimated assets were $32 billion because of Sands’ success last year. 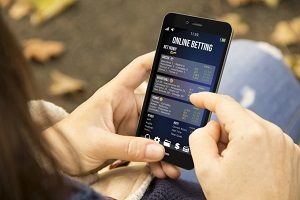 Adelson’s opinion concerning online gambling is different from other casino owners who want to get in on the action when it comes to virtual gaming. For instance, in Atlantic City, online gambling contributes significantly to the casinos’ bottom lines.

Adelson said that his stance was personal and based on ethical considerations, but did not reflect the views of his corporation. He also stated that he felt online gambling could be a social threat, citing that gaming could be dangerous for poor individuals, children, and those who are prone to problem gambling.

The US and Online Gambling

The fight against online gambling has been a difficult one. The US lost a legal battle against Caribbean countries in 2007. The Caribbean countries argued that the US was being protectionist in prohibiting such gambling. Online gambling became illegal in the United States in 2006, but a 2009 Democratic victory reversed this ruling. In 2014, Republican politicians supported legislation to forbid online gambling –Adelson donated $100 million to election campaigns for Republican candidates.

The new Justice Department ruling states that the previous judgment was made in error. However, the new decision will likely be challenged in the courts.