James “Whitey” Bulger was once the King of South Boston. People lived in fear of him—for a good reason. While he ran South Boston, no one was safe. When he was tipped off by his FBI handler, Whitey fled Boston and spent years on the run. Whitey was on the run for 16 years, and spent 12 of those years on the FBI’s Ten Most Wanted List, behind Osama Bin Laden. However, he was eventually captured and sentenced to life in prison for a myriad of crimes. Many people figured Whitey would go out in a blaze of glory befitting a gambling kingpin. However, when Whitey died, it was as an old sick (but not too sick) man—with a weighted sock.

Whitey Bulger got his nickname because of his white-blond hair when he was younger. He was the son of a Canadian father and an Irish mother. When he was a kid, his father lost his arm in an industrial accident, which left the family destitute. Whitey took to the streets to make money before he had finished junior. He was jailed frequently as a kid for burglary and other petty crimes. After he did a long stint in jail for armed robbery, he met a bookie, and his gambling career began. 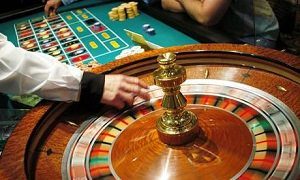 Whitey met his gambling friend, and quickly got into the bookmaking game with the Irish gang that ran South Boston at the time. At one point in his career, Whitey had done nearly every job in the bookmaking organization except accounting. Whitey murdered his way to the takeover of the South Boston Gang—named the Winter Hill gang by the time Whitey made it to the top. He quickly realized that the real money in illegal gambling was not made in the actual bookmaking. Instead, he offered protection to bookmakers in exchange for a cut of their profits. He called this the “rent”. In the 1970s and 80s, Whitey was charging bookmakers up to $2000 per month for “rent”, depending on the scale of the bookmaking operation. In South Boston, it was safe to say that no gambling took place without Whitey’s help.

Of course, the Winter Hill gang got the reputation for ruthlessness. Whitey was eventually convicted of 11 murders. However, the consensus was that he had many more people killed in South Boston than that. While some of the murders involved bookmaking, not all of them were gambling related. He had the girlfriend of one of his employees killed because she talked too much. 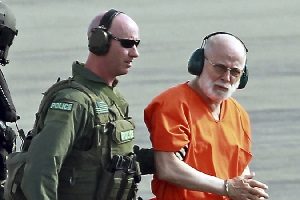 Whitey began working directly with the FBI as an informant in the 1970s, offering information on other crime families in the area, especially those with the Italian Mafia, in exchange for being allowed to continue to operate. His handler, however, got indebted to Whitey and began tipping him off when raids were going to happen. When the handler was about to be arrested himself, he tipped Whitey off to his own impending arrest, and Whitey went on the run. He wasn’t seen again for 16 years. Whitey was caught, tried for murder and racketeering charges, and jailed for life. Because he was in poor health, Whitey was incarcerated in medical facilities until the fall of 2018.

When the Bureau of Prisons determined that the 89-year-old man’s health had improved, he was transferred out of a medical facility and into a “regular” maximum-security federal prison in West Virginia. Whitey didn’t even make it a night in the new jail. At least two inmates beat him to death with a padlock in a sock and a homemade knife was used to stab him. Not the glorious death in a hail of bullets—instead Whitey went down without much of a fight at all—perhaps the odds were against the old odds maker after all.