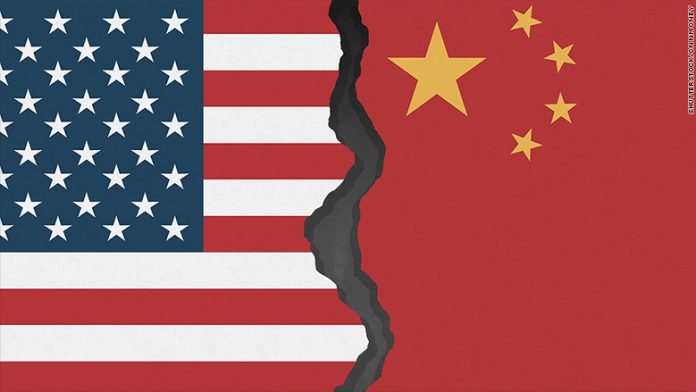 As U.S. President Donald Trump continues to insist on imposing new trade tariffs on China, leading the country into what many see as the potential for a full-blown trade war, U.S. owned casinos in Asia could well be some of the first collateral damage.

Even as Adelson’s Las Vegas casino properties benefited from Trump’s tax cuts to the tune of a $670 million Q1 windfall, the casino magnet’s six mega properties in Macau and Singapore may now be in China’s sights as the trade war intensifies.

With its ever-increasing global power, and mainland China being the world’s single largest source of international travel and travel spending, Beijing has learned quickly that controlling when and where its citizens spend their increasing wealth is a new form of soft power economic diplomacy. By punishing enemies and rewarding friends by properly steering Chinese tourist dollars, China wields a significant, and highly fluid, economic weapon to push its policy agenda.

While it’s clear that the first direct casualties in the U.S. China trade war will be American manufacturers and exporters operating on the Chinese market, casino operators in Macau and Singapore, especially Adelson’s properties due to his close ties to Trump, may now be in China’s sights.

In a recent book entitled “The War for China’s Wallet”, Shaun Rein, China Market Research Managing Director, explains that China has learned well how to manipulate the vast state’s media, financial and commercial instruments, including travel requirements for its citizens as a way of exercising its influence over “hot”, “warm” and “cold” partners. 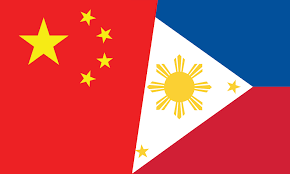 Writing in Forbes this week, Muhammad Cohen, points to what’s been happening between China and the Philippines as a key example. When the Republic of the Philippines under former President Benigno Aquino II dragged China to the Permanent Court of Arbitration over a dispute about territorial waters in the South China Sea, not only did China declare it would not participate in the attempts to settle the long-standing dispute, it banned both mangoes from the Philippines, a major Pilipino export into mainland China, but also its citizens from visiting the country.

When strong man Rodrigo Duterte came to power in the Philippines in 2016, he immediately reversed course, turning state policy away from what he called “American hegemony” and back toward mother China. Duterte announced he would cooperate with China over its South China Sea claims, in what he expected would be a tit for tat bit of politics that would again open up trade with the country’s massive neighbour.

In economic terms, the about face worked brilliantly. To reward its new “warm” partner, China ended its ban of both foreign travel to the Philippines and mango imports. The result was that Chinese tourist arrivals to the Philippines increased 43% in 2017, to top 968,477 making the Chinese the largest single group of tourists visiting the Philippines, unseating the U.S.

By the first quarter of 2018, Chinese visitor numbers increased 55% and Philippine gaming revenue rose dramatically with the new visitors, up 14% to hit a record high of $3.28 billion for 2017, with numbers still climbing this year. 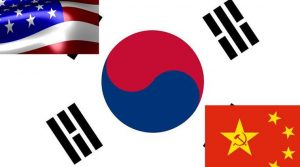 At the same time, Beijing’s relationship with South Korea began to go sour, after the U.S. deployed its THADD missile system in the country in 2017 amid rising tensions with the north. Chinese visitor numbers to South Korea fell 48%, a loss of some 4 million new arrivals in 2017 and continue to plummet throughout 2018.

On the other hand, China’s view of neighbouring Cambodia has improved dramatically, pushing the country into the “hot” partner category thanks to its defence of China’s maritime policies at the Association of Southeast Asian Nations. As a result, Chinese tourist arrivals to Cambodia were up a staggering 50% in 2017 to reach 1.2 million. The immediate effect of such an inflow of Chinese visitors could be seen in the country’s gaming revenues.

Naga World, the mega casino owned by the Malaysian tycoon Chen Lip Keong saw revenues soar 85% to top $926 billion thanks in part to Naga World’s ownership of an airline that works in close partnership with China’s state-owned travel agency to ferry groups of Chinese tourists to the casino from previously underserved, second-tire cities in mainland China.

Hitting the U.S. where it hurts

While China currently represents the fifth largest flow of tourists to the U.S. with some 2.2 million arriving in 2017, a decline of 5.8% year-on-year, this is not where the U.S. is most likely to feel the pain writes Cohen in Forbes. “Along with exporters, U.S. consumer businesses in China and around the world are exposed on the front lines of any trade war. American owned casinos in Macau and other destinations popular with Chinese travellers are particularly vulnerable to Beijing’s wallet diplomacy,” he wrote.

When it comes to Macau, mainland Chinese visitors are the single largest source of arrivals, and contribute to some 90% of total gaming revenue. U.S. companies with Macau operations are not limited to Adelson’s Las Vegas Sands, but also include Wynn Resorts and MGM Resorts International, who’s properties in the former Portuguese enclave and now Chinese Special Administrative Region account for five times the total gambling revenues of their Las Vegas holdings.

Obviously, a Chinese ban on visitors to the gambling mecca would have severe economic impacts that would hit deep, but the potential exercise of Chinese soft power doesn’t end there.

All three player’s concession licenses in Macau expire in the near future, with MGM’s license up for renewal in 2020 and the Wynn and Sands licenses up in 2022. Considering the billions these companies have invested – MGM just sunk another $4 billion into a new resort on nearby Cotai – Chinese authorities have some serious leverage to hit these U.S. listed companies where it hurts, if not to cut them down completely.

Rein writes, “The risks for Sheldon Anderson’s Sands casinos are quite high. It is quite possible that China will target his casinos specifically because he is a [Donald] Trump crony. It is possible they will ratchet up police surveillance of his Macau properties in order to spread fear among high rollers and even middle-class gamblers that they are being checked in on by the authorities. Or they will launch an audit of their books. Either way, a move could be viewed as having plausible deniability that the government cloaks as a crackdown on corruption or tax evasion, as they did against Lotte in China’s battle with South Korea.”

A few years back, when President for life Xi Jinping moved to crack down on corruption and leaned heavily of state officials gambling in Macau, the result was a 26-month downturn for Macau tourist numbers that saw gambling revenue fall 38%, despite the fact that the president had said the crack down wasn’t specifically focused on Macau or U.S. interests.

After costing the gambling enclave some $17 billion, two years later Macau is still struggling to return to its glory days. Such is the nature of Chinese soft power and, in the event Trump’s trade war escalates and Beijing actually does decide to actively target U.S. interests abroad, the financial results for U.S. casino interests in Asia and the financial markets could be devastating.