All of those sitcoms about men with gambling problems might be truer than was originally thought. A recent survey revealed that there is a gender gap between men and women when it comes to gambling. While many women enjoy watching sports, not as many women enjoy betting on sports as men do. Also, it appears there is not only a gender gap, but an age gap as well. Many seniors do not view sportsbooks as an option for them, since they only recently became legal in some states. 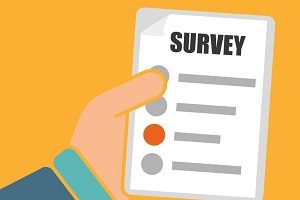 Seton Hall University conducted the survey. The university is located in New Jersey. The Stillman School of Business conducted the Seton Hall Sports Poll. The poll asked adults, mainly in the 18-29 demographic, about their sports betting beliefs. The poll also asked some older adults over 50 about their belief in gambling via sportsbooks. In total, over 1000 people were surveyed by the business school. Seton Hall University is located in New Jersey, which was one of the first states to legalize sports betting. New Jersey sportsbooks opened at the end of June.

The Differences in Gender

Overall, the survey found that among all adults, 88 percent said they would find sports more interesting if they could bet on them. Adults who responded to the survey said that they would watch more live sports and televised sports if they could bet on them. However, while adults in general said they would approve of gambling, women reported being far less likely than men to place a bet. Twenty-eight percent of the women surveyed said they would place a bet now that sports betting was legal. The women reported that they also did not want to include college sports as part of sports betting. Only 35% of the women surveyed wanted college sports to be a part of sportsbooks, as opposed to 51% of men wanted to bet on college and professional sports.

Age and the Gambling Study