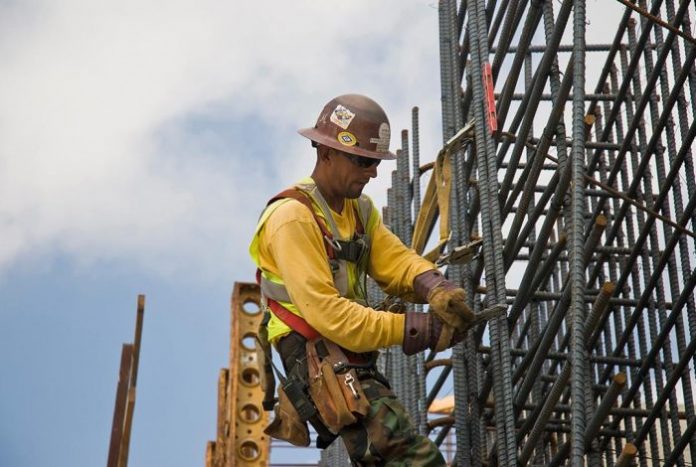 Four workers were injured when part of the Resorts World Sentosa’s ceiling collapsed.

Workers Expected to be OK

Three were treated at Singapore General Hospital for cuts, abrasions, and head injuries. They are expected to be OK. The fourth person was treated at Resorts World Sentosa’s clinic, which is located inside the casino.

According to reports, the contractors were working on renovations when the ceiling buckled. No one was in the area at the time. A spokesman for the casino emphasized safety is the primary concern when it comes to both guests and employees, adding the area where the incident occurred will be closed temporarily.

“The safety of our guests and employees is our top priority. The mezzanine gaming area is temporarily closed and will resume operation after a thorough safety inspection is completed,”

Channel News Asia reports one resort visitor, named John, watched as a worker was taken out of Resorts Sentosa. He states he heard a loud noise and proceeded to see security taking a worker out of the building and despite the ordeal it was “not very serious.”

“I heard a loud sound,” John recalled. “I think there was one person who was injured but with very minor injuries. The security guard helped him out, but it’s not very serious,” he continued. “Probably the corner of the ceiling board hit him.”

It’s also reported there were police cars in front of the casino at the time.

The Future of Resorts World Sentosa

Although the ceiling caved in and caused some injuries, the resort has no reason to worry this incident will hurt business. With many of its restaurants with tasty foods prepared by world-class chefs, attention-catching attractions, and all-around lavish casino, visitors are sure to continue to come to Resorts World Sentosa.

The latest addition inside the casino’s aquarium 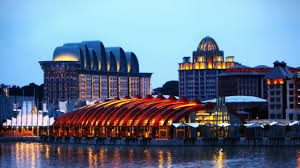 is an ornate eagle ray. A rare specimen, the ray will be featured alongside other new attractions, such as the honeycomb cowfish, bat ray, Mauritius triggerfish, and Argentine humphead. According to a statement released by Resorts World Sentosa, this is the first time this endangered fish will be featured in any zoo or aquarium.

In other related news, Resorts World showed what it means to be generous by giving children in need a Christmas surprise. In November 2017, Tan Hee Teck, CEO of Resorts World Sentosa, and Low Yen Ling, mayor of the South West District, surprised 400 children with an amazing Christmas gift. The children enjoyed a beautiful Christmas light show, as well as fireworks and musical performances. It didn’t end there, however. Each child was also given a gift, such as a toy or school supplies, which were supplied by Universal Studios. The presents were part of Resorts World Sentosa’s aRWSome Wishes program, a community outreach program in which the employees of RWS donate gifts to help the organization’s cause. Mayor Low Yen Ling commented on the overall purpose of the program, as well as the success of giving kids in need an amazing Christmas. According to shareinvestor.com, Mayor Ling stated:

“Our partnership with RWS Singapore has grown since 2013 when it joined [email protected] West Programme to support underprivileged residents in our district. On top of its corporate giving, RWS employees are actively involved in reaching out to those in need. This year, they have added a personal touch by fulfilling the children’s Christmas wishes with their own contributions. Their meaningful gesture not only makes this Christmas a memorable one for the kids, it also shows a deeper level of engagement and care that we hope many others will emulate.”