After a time of open fighting and name-calling, the World Poker Tour and the Canadian company PartyPoker have reached an agreement. They will jointly host a series of live tournaments in Canada and Europe. This means that the two companies will have increased prize pools and coverage of the tournaments.

The World Poker Tour (WPT) began in 2002. It has since expanded to host poker tournaments in the United States, Canada, Europe, and Asia. Many of the tournaments are on television year-round. Researches have estimated the World Poker Tour is worth nearly $100 million in revenue yearly. The tour, however, does not release any figures. The jackpots along the tour have grown increasingly lucrative since it began. The most recent WPT champion won a pot of more than $3 million.

PartyPoker is one of the largest online poker rooms in the world. It officially went online in 2001. It attracts millions of players to its website each year and is available in 14 different languages. The company offers many different types of poker tournaments on its website. There are different prize levels for both single levels and multitable tournaments. PartyPoker is famous for its Sit & Go tournaments, which run 24 hours a day. Players can register to sit in on tournaments, and the entry fee can be as low as $1. Each tournament has a different number of players — from two players to 50 players.

The Problems with the Companies

The World Poker Tour and PartyPoker were at odds for a number of years. The main issue was a territorial dispute. Both companies felt the other was siphoning off its players. The WPT accused PartyPoker of not allowing players who used its site to play the tour. And, PartyPoker leveled the same charge at the WPT. Neither one was able to prove the charges, however. 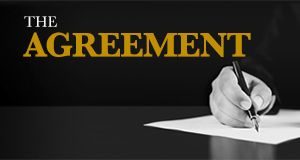 Recently, however, the World Poker Tour and PartyPoker reached an agreement. PartyPoker has agreed to act as a funnel for the WPT. The tour will take some of the players and put them in tournaments around the world. They also signed a four-year agreement to bring poker players into live tournament play in Canada and across Europe. The two companies have each stated they want to sponsor as many tournaments as possible. However, they have agreed to sponsor at least seven events across the four-year agreement. Each business has agreed to spend millions of dollars on the prize pool. Each tournament’s pool will use at least $3.4 million.

One of the largest incentives for both businesses is the PartyPoker LIVE streaming of poker play. While the World Poker Tour televises a lot of its tournaments, it doesn’t televise them all. Live streaming of poker games is one of the newest features of gaming. While it took a while to take hold, it has become increasingly popular. Companies that live stream poker tournaments are also looking for ways to bet on the poker tournaments in-game. This is the newest add-on for gaming companies that live stream. Some state governments have said betting during a live stream may be illegal. But, it is not illegal in states that allow sports gaming.

The first event in the deal is a huge poker festival to take place in Montreal. This month, a poker club in Montreal will host a WPT500 event, a WPT DeepStacks event, and a WPT Main Tour. This will happen during one festival, which has never been done before. The two companies are planning other events for Russia, London, and Amsterdam.