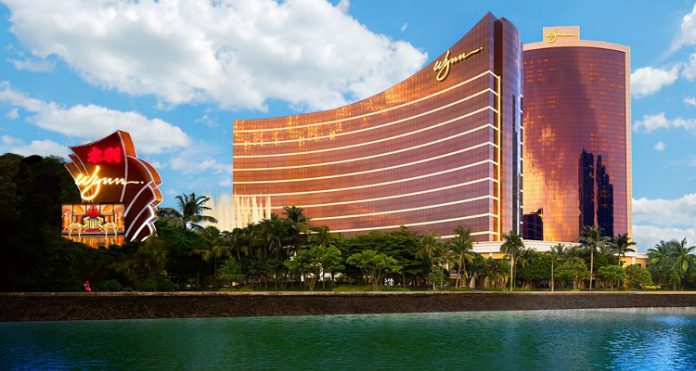 Just when the world thought the Las Vegas operators had finally served their time in the spotlight, Wynn Resorts and their newest CEO have both faced another hefty fine.

On Wednesday, state regulators imposed a penalty of $35.5 million on the casino giant, as well as a $500,000 personal fine to newly-appointed CEO Matthew Maddox. The fine followed a 15-month investigation into the company’s former CEO and founder Steve Wynn, which revealed that sexual misconduct allegations against him had been concealed.

The Nevada Gaming Commission fined Wynn Resorts $20 million less than 2 months ago for failing to disclose the claims made against its former boss. Massachusetts now wants to impose an additional fine if the company wants to hold onto its license in Boston, where a new establishment is due to open in the upcoming weeks.

As the panel met in Boston the morning after the decision was made, Commission Chairwoman Cathy Judd-Stein explained, “We do feel like that fine reflects the scope and multitude of the violations. We were very mindful that it should serve as punishment to really address the violations. We also thought it was necessary to provide a message of deterrence to ensure future compliance.”

Wynn already has some big expansion plans this year, and the brand-new Encore Boston Harbor Casino has been permitted to open in June as the latest edition. It will feature 210,000 sq. ft. of gaming space, over 3,000 slot machines, over a dozen restaurants and bars, 37,000 sq. ft. ballroom, 21,000 sq. ft. waterfront lawn, as well as 671 hotel rooms.

The cost of developing the new casino has come in at $2.6 billion, and has provided several career opportunities on top of millions in tax revenue each year. In retrospect, the latest fine (which is estimated to make up about 1 months’ worth of the new casino’s gambling revenues) will hardly make much of a dent in their overall cash flow.

While there has been discord over the new facility opening, discussions around how the penalty money will be used to benefit the economy have also been underway; 15% for transportation, 14% for education, 10% on the state’s reserve fund, and 10% on long term liabilities and state debts.

“Given our findings, it is now in the interest of the Commonwealth that the gaming licensee move forward in establishing and maintaining a successful gaming establishment in Massachusetts,” wrote the Gaming Commission in their decision.

“One of the key metrics by which we will measure that success will be the overall well-being, safety, and welfare of the employees. A second but equally important metric is the importance of compliance and communication with the regulator. This penalty is designed to guarantee these practices.”

Stricter Measures to be Implemented

On top of both penalties, the casino operators will also be required to meet a set of conditions if they want to keep their license in Massachusetts, including in-depth training to their employees on sexual harassment prevention, as well as paying for an independent monitor to review and consistently evaluate Wynn Resort’s policies.

The commission’s decision also cited “specifically, the corporate culture of the founder-led organization led to disparate treatment of the CEO in ways that left the most vulnerable at grave risk. While the Company has made great strides in altering that system, this Commission remains concerned by the past failures and deficiencies.”

There is no way of the company appealing the process at the moment, though they can still seek a state court review – something which Wynn said they will consider on Wednesday. And while there was no specific formula for how the commission came to the agreed penalty figure, it is said they based the settlement on how the company dealt with the allegations, as well as their predetermined efforts to keep it a secret for so long.

“We are confident that we have struck the correct balance and met our legal and ethical burdens,” Judd-Stein added on Wednesday.

Both fines are due to be paid within the next 30 days.