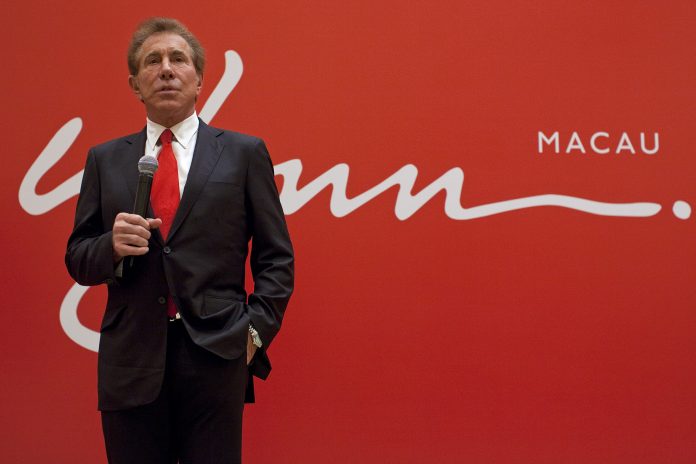 Steven Wynn, former chief executive of Wynn Resorts Ltd., may choose to sell all or part of his stake in the company. This information was revealed in a recent regulatory filing.

Wynn is Wynn Resorts Ltd.’s largest shareholder and owns more than 11 percent of the company. His ex-wife owns almost as much and has a 9.3 percent stake in the company, according to Eikon data from Thomson Reuters.

Wynn is not permitted to sell more than one-third of the shares he holds in Wynn Resorts because of an agreement he made with the company. He stepped down from his post as CEO last month amid claims he made it easier for female employees to receive unwanted sexual advances. He has stated that the accusations are false. He has continued to deny the allegations to several news outlets, and says they are “preposterous.” However, the allegations have led investigators to question gaming regulators in Nevada, Massachusetts, and Macau, which means that the licenses for Wynn casinos in these areas could be at risk.

Once Wynn decided to resign, he stated he had plans to hold the shares he owned.

Regulators in Nevada opened an investigation against Wynn regarding these accusations made by current and former employees, according to Karl Bennison, enforcement chief for the Nevada Gaming Control Board. Bennison confirmed this in January via an e-mail to Reuters.

According to an update from MSN Money, Wynn has indeed sold the last of his shares in the company. He privately sold 3 million shares of Wynn Resorts Ltd. to T. Row Price for around $530 million. Wynn also sold 5 million shares to Capital Research and Management Co. for $875 million, according to an official filing. The selling of Wynn’s shares began with 4 million shares that were for sale on the open market. It was reported that for his share, Wynn got $2.1 billion. Sales reduced the stock value by about 5 percent in a span of two days, but the stocks experienced a 3 percent rebound in sales a few days later.

Wynn Resorts opted not to comment on the sale. However, the organization did state that it sold 5.3 million additional shares of stock to the tune of $927 million to Galaxy Entertainment Group. Galaxy operates three of the top casinos in Macau.

Matt Maddox, the new CEO of Wynn Resorts, stated that it was “an honor to have such a distinguished company as Galaxy Entertainment as a shareholder.” Galaxy’s vice chairman Francis Lui also commented in a statement released by Wynn Resorts that the business transaction was a “unique opportunity” to gain a lucrative investment in a company that is recognized all over the world.

Wynn Resort will use the money from the sale to satisfy $800 million in short-term debt.

In addition to his work with Wynn Resorts, Wynn is also an avid art collection and real estate businessman. He had a hand of the building and operation of several hotels in Atlantic City and Las Vegas, including The Mirage, Treasure, the Bellagio, The Golden Nugget, The Golden Nugget Atlantic City, and the Beau Rivage in Mississippi. Wynn also used his business acumen to help revive the Las Vegas Strip during the 1990s. Wynn was also the former owner of Mirage Resorts. After selling the company to MGM Grand Inc., MGM Mirage was formed. Wynn is also closely associated with the Republican Party and donates a significant amount of money to it. He was the Republican National Committee’s financial chair for one year from January 2017 to January 2018 but resigned because of the sexual misconduct allegations.