Prepare for a new entry into the gaming phone craze that is coming from Beijing. The mobile company, Xiaomi, announced it was to launch a new smartphone for gamers on April 13. Called Black Shark, it is seen as a competitor for similar phones, such as the Motorola Razr.

Have You Been Waiting to Buy a Razr Phone?

For people waiting to buy a Razr, the news of the soon-to-be-released Black Shark might prompt them to take a wait-and-see attitude. And, it might be worth it to wait since the backer of the Black Shark is known for being especially aggressive with low pricing.

Xiaomi is backing the smart device, but it is expected to feature branding from Black Shark instead. Why? The reason is this: Gamers in the West find the name Black Shark easier to remember and spell than the Chinese name, Xiaomi. In addition to the Black Shark and Xiaomi brands, the logo from Qualcomm was also included. That means the device will also have a Snapdragon 845 and offer an ultra-smooth gaming experience with a 120 Hz screen display. The phone also includes an app feature, called Sharp Space, which is similar to a game center.

Competition Can Be A Good Thing 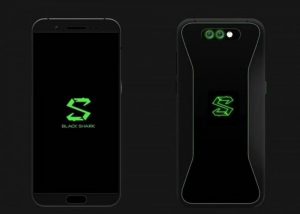 Competition for gamer-centric smartphones appears to be ramping up. Industry observers say Xiaomi may be attempting to create a sub-brand in the gaming phone market. It is obvious that this will be a challenge for the Razr. But, aficionados also point to the Acer Predator 6 phone as a competitor.

For the purpose of comparison, a recent benchmark report stated that the Black Shark features 8 GB of RAM, as well as the expected Snapdragon 845 chipset. The report provided yet another solid hint that Xiaomi is planning to launch a new line of gamer smartphones, and the Black Shark SKR-A0 is anticipated to be the first to be released. Ironically, Black Shark is not even really in the smartphone industry. Rather, the company focuses on smartphone camera research and development and novel OCR solutions. Still, it is a good fit with the rumormongering about a top-of-the-line DSP on the new mysterious Black Shark phone.

The Razr was officially launched late last year, and originally on the Android 7.1.1 Nougat. Fans have been waiting for an upgrade to Oreo, which is also on the horizon; it is slated to be released in late April. There is already a preview available for developers to download. Regular users probably do not want to contend with all the bugs that come with the version that is in testing, though, so it is probably best to wait for the debugged version. Razr is bypassing Android 8.0 and going straight to the Android 8.1.

The Acer Predator 6 also aims to please hardcore gamers with many of the same specs as the Razr, as well as a 6-inch high-definition display and 2K resolution at 2048×1080 pixels. Razr features a somewhat smaller 5.7-inch display. The Predator 6 has a deca-core X20 chipset (MediaTek Helio) and only 4 Gb of RAM, so the Razr definitely wins on performance with its 8 Gb RAM capacity.

There are many things to consider when selecting the best gaming phone for you. Performance, display features, and even battery life could be deciding factors. One thing is for sure, however, With the anticipated release of the Black Shark phone, the landscape for new entrants on the gaming smartphone market has gotten very interesting, indeed. Many gamers remain in a holding pattern as exciting new options are released.