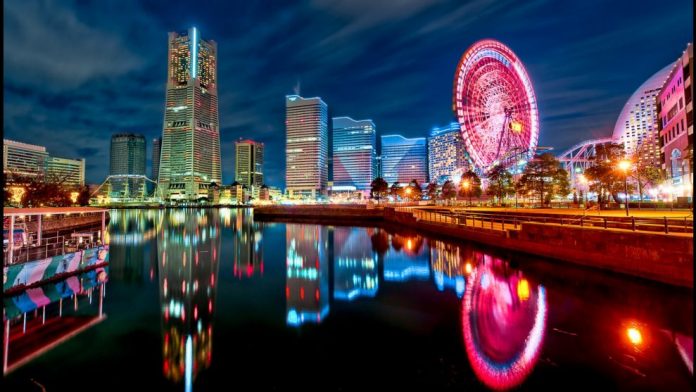 Yokohama, the second largest city in Japan, raised its hand to join the bid to host a future integrated resort (IR) casino. The city joins the Japanese cities of Nagasaki, Osaka, and Wakayama in a bidding war for the first of 3 gaming licenses to be issued by Japan next year. Yokohama hopes to cash in on a piece of the $8 billion gambling action predicted for the Japanese casino market.

International casino operators see Japan as a prize market due to its affluent population of 128 million potential gamblers. Japan’s proximity to the exploding Chinese gambling markets of Macau and Hong Kong also ups the ante for casino developers. Last year Japan legalized the development of IR casinos, with an initial limit of 3 licenses.

Already eyed by international gambling companies like MGM, Caesars, and Wynn, the competition for the 3 licenses is expected to be fierce, as Japan’s gambling market is projected to be the third largest in the world after Macau and Nevada. Let the Battle Royale begin.

In addition to the casino feeding frenzy, Japanese cities hope the resorts will open in time for the Tokyo 2020 Olympics, resulting in a huge economic boom for the region. Local officials hope to maintain growth in the tourism sector after the Olympic Games are over, and 3 IR casinos would be just the lucky ticket.

“We must look to Yokohama’s future, the 20-30 years ahead,” Yokohama Mayor Fumiko Hayashi announced recently. “I’ve come to the conclusion that in order to achieve growth and development, we need IR.” 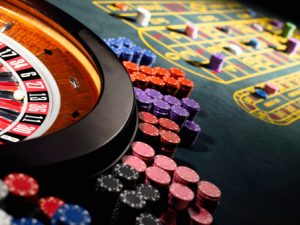 Mega-resort casinos change the face of a city forever, and the past year’s discussions and debates have centered on the pros and cons of gambling in Japan. On one side, prolonged discussions on the fears of widespread gambling addiction run rampant, while cooler heads point out the major economic advantages a casino industry provides. Casinos provide jobs, taxes, and licensing fees for every city they inhabit.

But the naysayers like to stall the process, and opposition is part of any democracy. The development process generates opposition for fast food chains and casinos equally. People fear change, and will throw out fear figures of gambling addiction or morbid obesity as reasons not to build a McDonald’s or a casino. What’s the Japanese word for moderation?

But as gambling laws are slowly being repealed all over the globe, it’s only a matter of time before Japan becomes the latest in a series of global gambling destinations.

Just Do It! We want the Blade Runner version of Japan NOW! The more flashing lights, neon umbrellas, and Mr. Robotos running around, the better for everyone. We want giant LED billboards with smiling Japanese geishas eating chocolate bars in a coy and coquettish way.

Build bridges between sparkling towers and have hovercraft zipping around them. Strap on a bungee cord and a No Fear t-shirt and take the leap off the tallest tower. Gambling is good. Yum! Since Japan already looks like a post-industrial megalopolis on steroids, a few mega-casinos will only improve the skyline.

Ignore the naysayers; the real source of gambling addiction fear in Japan? It’s messy. Cleaning up all those intestines off the gaming floor after the hari-kari ain’t fun. Fortunately, those loud casino carpets can hide a multitude of sins. And you probably have insurance for such things in your auto factories.

And dear Japan: when you finally get your casinos running, please name one of the restaurants Yokohama Mama, and one of the bars Sake Mofo. Domo arigato, Mr. Roboto.

The opinions expressed by the author of this story do not necessarily reflect the views of this website. It’s not our fault that the author was born in the era of Blade Runner and Mr. Roboto.