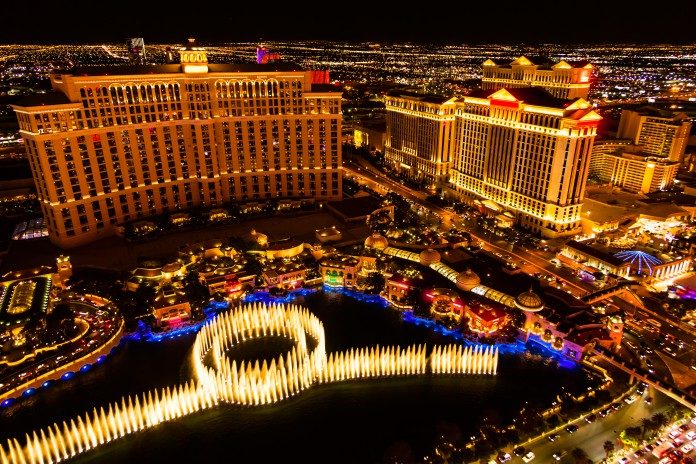 To any gambler who’s ever felt the frustration of a losing streak (translation: to anyone who has ever gambled), a casino seems like the easiest business to make money. After all, the business model is specifically set up so the house comes out on top. That’s why it was shocking and disheartening to so many when Caesars Entertainment Corp., the owner of one of the largest and most well-known casinos in the world, filed for Chapter 11 bankruptcy protection in January 2015.
The story behind the Caesars Entertainment bankruptcy is a complex one, but it’s one that should be studied as a tale of how a seemingly sturdy business can go so wrong so quickly.

It all started as a classic story of American entrepreneurship: a child from a modest family grows up to discover outstanding talents in business ownership, building a web of success all around him. He bought his first hotel in 1919, and it was with the development of the Caribe Hilton Hotel and Casino in Puerto Rico that the first hints of Caesars future began.

After his first casino in Puerto Rico was a success, Hilton also began building casinos throughout the Caribbean. The brand renewed its interest in the gambling industry in 1970 with the purchase of a majority share in Kirk Kerkorian’s International and Flamingo hotels. Eventually, casino complexes accounted for more than half of Hilton’s entire revenue.

By 1996, the Hilton company had a vision of becoming the leader of the United States’ gaming industry, and it took a huge step toward this goal when it purchased Bally’s Entertainment, a mainstay of the Atlantic City scene with a total of five casinos throughout the country. This was primarily a strategic move to break into the high-powered gambling industry of Atlantic City, which pulled in all the wealthy gamblers from nearby New York City.

Over the years, Hilton tried continuously to separate its hotel properties from its gambling properties and keep the two industries separate. The high-risk casino industry was bringing down the value of its less risky hotel business. In hindsight, this should have been a clue that trouble was brewing. Hilton finally took that step to differentiate in 1998 when it created Park Place Entertainment, which would comprise all its interests in the gambling industry. It was Park Place Entertainment that purchased Caesars World in 2000.

By the time of its purchase and addition to the Hilton empire, Caesars had been establishing its reputation for more than 30 years. The iconic Caesars Palace opened its doors in 1966 under the ancient Rome-inspired vision of Jay Sarno. It was purchased by a restaurant chain called Lum’s just three years later. Eventually, the company sold off its restaurant assets and took the name of Caesars World, focusing solely on the gaming industry.

Over the next 30 years, Caesars World accumulated seven more hotels and casinos before its story intersected with Park Place Entertainment – a company with the financial power to grow Caesars’ reach even more.

Unfortunately, in the middle of this, the recession of 2008 took its toll. The economic downturn affected nearly every industry in the U.S. When citizens have a sudden and sharp downturn in their disposal income, it’s luxury industries, such as gambling, high-end retail, fine dining, and hospitality, that are among the hardest hit. These are all the areas on which Caesars Entertainment had built its empire. In the case of Caesars, it was largely an issue of bad timing.

The company, which was in debt at the time, was purchased by two private equity firms (Apollo Global Management and TPG Capital) in January 2008. Yes, you read that right – just a few months before the U.S. economy tanked as quickly as an airplane that’s out of gas. The two equity firms took on a significant amount of debt to make the purchase in the first place, and they acquired Caesars’ existing debt in the process, which adds up to a business that really needs to find success in order to get out of a hole.

As we now know, 2008 was just about the worst time to hope for an uptick in success. The blame for Caesars’ economic struggle, both before and during the recession, has been blamed on several factors, from simple financial mismanagement to an unwillingness to spend on new investments and properties. Regardless of the reason, the company fought with its debt for years, ultimately finding itself unable to rise out of it. In fact, the company posted losses for five straight years, through and including 2014. These debts and losses culminated with Caesars Entertainment filing for Chapter 11 bankruptcy protection on Jan.15, 2015.

Don’t worry, there’s still hope. By filing Chapter 11, Caesars is hoping to avoid forced bankruptcy. While the company will undoubtedly need to cut some losses and become leaner, it still remains the largest gambling empire around. Only time will tell how the business and its creditors will respond to and be affected by the Chapter 11 plan. One thing is certain: the door isn’t closed for Caesars, and there’s a chance it can emerge from its financial crisis as a successful operation once again.

Why is it important to understand the history of Caesars Entertainment and its journey toward bankruptcy? As George Santayana once wrote, “Those who cannot remember the past are condemned to repeat it.” As the years go on, analysts will surely continue to comb over the history of the Caesars Entertainment bankruptcy and more insights will emerge about how such a prosperity-filled industry can find its most dominant company in such dire straits.

As much of a hardship as it is for the owners and executives of Caesars, every failure, whether temporary or permanent, is an opportunity for them, as well as for us, to learn to how to approach the future differently. Perhaps, it can teach us to protect ourselves against unexpected economic downturns or to maintain a more diversified portfolio and invest more profits back into the company. Whatever the lesson may be, we can only hope that Caesars Entertainment, as well as the rest of the gambling industry, can come out of the situation poised for a more successful future.